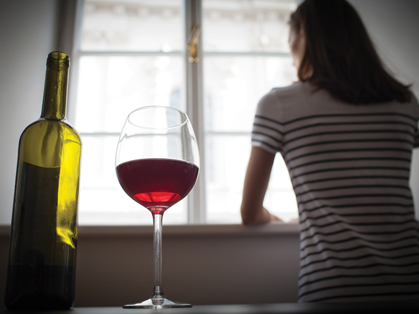 A health expert has flagged alcohol abuse as a leading ‘challenge’ in the local area, with women particularly vulnerable to excessive drinking.

“Alcohol is certainly a challenge in Northern Sydney, particularly on the Northern Beaches and particularly among women,” Mr Klarenaar reveals.

“That’s a new area where we’re showing women, and also those in higher socio-economic levels, are the ones more likely to engage in harmful drinking levels or drinking to excess.”

He says the region’s high average education level, which links to elevated socio-economic status, usually means locals are less likely to engage in practices harmful to their health, such as smoking.

However, in the case of drinking, social behaviours on the Northern Beaches may be leading to unhealthy consumption.

“In this case, alcohol is one that is creating relatively more harm in Northern Sydney that other areas, and it’s a tricky one,” he continues.

“It’s certainly not about education or understanding what the potential harm is, so we’re working on ways to create environments and social structures that don’t rely on alcohol so much.

“Social norms play a big role and drinking to ‘unwind’ or to ‘reward’ and those sorts of motivations are also kind of accepted and condoned locally.

“Alcohol is also, unfortunately, one of those products that the more convenient you make it for consumers, the more harmful it is for individuals and society, so we’re working to reduce the proliferation of bottle shops and access to alcohol in the area.

“It is of particular concern, because levels of drinking not only directly relate to health issues but also to related harm, including domestic violence, which is a problem on the Northern Beaches.”

Empower young women
Assist local girls and young women to become confident, self-respecting, and responsible...
Manly in mourning
The Northern Beaches community is reeling after the recent passing of rugby league...
School development sparks concern
Mosman Council has raised concerns over the bulk and scale of the proposed redevelopment of...
Passion for peddling
A well-known Cammeray personality pioneered long-distance cycling on the North Shore...
Growing pains
Plans to redevelop land within Royal North Shore Hospital have been met with concern by a...