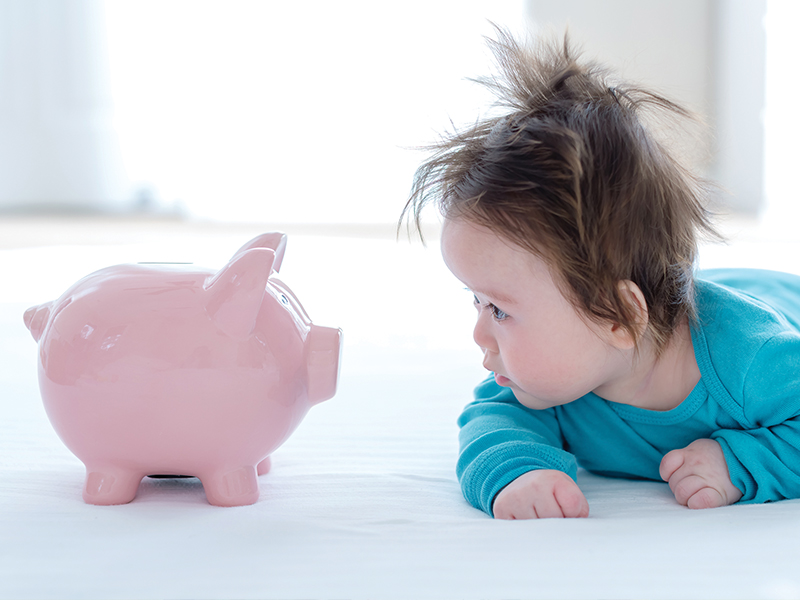 A report put together by Eugenie Joseph in 2018, a senior political adviser for the NSW Government, and former research fellow for the Centre of Independent Studies, indicates that the cost of childcare services in Australia has been exceeding the rate of inflation, with hourly fees rising by 20.7 per cent in real terms between 2011 and 2017, and 48.7 per cent for out of pocket expenses during the same period. And before parents can even begin racking up out of pocket expenses, they have to serve out a lengthy waiting period.

The Devonshire Street Children’s Centre in Chatswood advertises that parents wishing to enrol their children at the centre can expect to wait between 12 and 30 months before they can get their child through the front doors.

In 2020, parents living on the lower North Shore who have served their waiting period and
finally been able to drop their children off to a private childcare centre, have the unenviable commitment of parting with up to $200 per day – before taking into consideration the government’s means tested childcare subsidy.

Prue Clubb, a Mosman mother of three young children, was paying $154 a day for her son Max’s childcare. She reduced his days down to two per week so that she could start him in preschool, saving two thirds of the daily cost of childcare. To further ease the financial strain of childcare costs, Prue has taken on the services of a nanny.

“If you have more than one child at childcare, then it is more economical to have a nanny or to have someone in the home with them,” she tells North Shore Living.

Simultaneous to the high costs of childcare, many Mosman parents are also coming to terms with the additional problem of reduced childcare options in the area, after the closure last December of the Council-operated Mosman Occasional Childcare Centre.

The centre offered parents not only a more economical childcare option, with rates considerably cheaper at just under $120 a day, but also the flexibility of occasional care. The closure “actually caused a lot of trouble in the area”, reflects Prue, who praised the centre as “a fabulous support for so many Mosman families”.

When asked whether a strategy was in place to assist parents who relied upon their occasional care facility, a spokesperson for Mosman Council advised that Council has “assisted families in their transition from the Council-run MOCC service by facilitating a variety of new occasional care offerings at five local childcare providers”. Council also offered “reimbursement of 2020 registration fees at those centres”.

The spokesperson also advised North Shore Living that Council always intended to review the transition 12 months after MOCC’s closure, so this will begin in December 2020.

The flexibility that the MOCC offered parents – including no minimum number of hours – is, however, yet to be fully replicated at any of the five centres. The shortest session being three hours at Shadforth Cottage for a fee of $60.
Mother of two young children, Alison Lee, sorely misses the MOCC, formerly run out of the pavilion at Allan Border Oval. She utilised its occasional care facilities whilst on maternity leave with her second child.

“It was a real shame that it closed down because there is still nothing in Mosman that gives you an hour off here and there, different days of the week,” Alison tells North Shore Living.

The MOCC was in good company on the lower North Shore, with Willoughby City Council offering parents a choice of eight services, including day, after-school, vacation and family day-care options.

Alison, who pays $300 for each day her two children are in childcare, says the costs of childcare can make mothers returning to their careers after a period of maternity leave a very difficult decision.

“It's really hard for you to justify going back to work when the cost of childcare equals the same amount or is marginally less than what you would be earning,” she says.

Part of the reason the MOCC was able to offer parents significantly cheaper rates was the fact that it did not include toiletry essentials such as nappies, or freshly prepared meals, which were saving parents money by not having to factor these components into the day rates, unlike the privately operated centres which conversely, provide all this on-site.

When asked for her solution, Alison threw her support behind the strategy of more publicly operated centres. This option, she says, “[supports] the community and enables women to work”.

“If we want a society that encourages women to continue to stay in their career when their children are back in school, we need to be providing more flexibility and more options in childcare.”

Save the Orangutans
Be an environmental crusader and volunteer to raise funds and awareness for the...
Help Regenerate Our Bushland
Eager to get outdoors this summer and give back to your community at the same time?...
Assist Native Wildlife
Support the incredible work local service Sydney Wildlife do to rescue and rehabilitate...
Befriend a Veteran
CCNB is looking for kind, friendly locals to provide social support to war veterans in the...
The Aussie cossie
For the first Harbour people and the early European settlers, the only bathing suit was the...