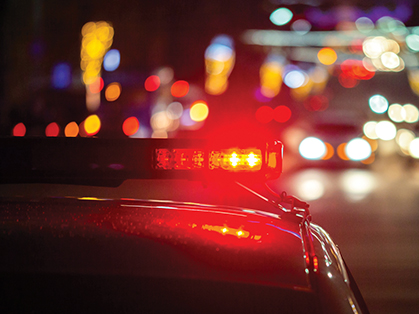 In April, former Australian test spinner Stuart MacGill was allegedly kidnapped in Cremorne and threatened at gunpoint before being released.

Police claim the kidnapping began when 50-year-old MacGill was approached by a 46-year-old man, alleged to be the brother of his ex-partner, near the intersection of Parraween and Winnie streets at about 8pm on 14 April.

A short time later, two men approached the scene. MacGill was then allegedly forced into a vehicle.

The men then drove to a property in Bringelly in Sydney’s south-west where they allegedly assaulted and threatened the former cricketer with a firearm.

About an hour later, MacGill was driven to the Belmore area and released.

Following investigations, detectives arrested four men aged between 27 and 46 on Wednesday 5 May.

The men were taken to local police stations, where they were charged with take/detain in company with intent to get advantage occasion actual bodily harm together with other charges.

They were denied bail and were due to appear at Sutherland Local Court later in the month.

Their homes at Sutherland, Caringbah, Brighton-le-Sands and Banksia were also searched.

Detective Acting Superintendent Anthony Holton claimed the men were likely motivated to kidnap MacGill to obtain money from him, but no ransom was made, and no money was exchanged.

A man has been charged following the stabbing of a man in Chatswood in late April.

Emergency services were called to Archer Street around 12.40am on Wednesday 21 April in response to reports a man had been stabbed.

On arrival, officers found a 29-year-old man in a car with a stab wound to his leg.

He was treated by paramedics before being taken to Royal North Shore Hospital in a stable condition.

A crime scene was established, with police arresting a 31-year-old man and a 28-year-old woman on Archer Street a short time later.

They were taken to Chatswood Police Station where the man, from Chatswood, was charged with wound person with intent to cause grievous bodily harm.

It is believed both men are known to each other.

The man was refused bail to appear at Hornsby Court the same day.

Police charged two men in April after a car was allegedly driven at officers, hitting a detective and spurring him to open fire, during an operation in Neutral Bay.

Officers from the North Shore Area Command were conducting a drug operation in a supermarket carpark on Grosvenor Lane around 4.20pm on Monday 12 April when they tried to stop a vehicle.

Police allege as they tried to arrest a 24-year-old man, another young man drove his vehicle at a male detective.

The detective was hit by the car before discharging his firearm, with a number of bullets hitting the car as it crashed into a bollard and came to a stop.

The police officer suffered minor injuries to his wrists, elbows and legs but did not require medical treatment.

The 25-year-old driver of the car and the 24-year-old man were arrested and taken to Chatswood Police Station.

The driver was charged with using an offensive weapon to prevent lawful detention and driving recklessly.

Meanwhile, the younger man was charged with possessing a commercial quantity of a border-controlled drug and dealing with identity information to commit an indictable offence.

Both were refused bail to appear at Manly Local Court the following day.

Calmer waters
Reality TV star Hannah Ferrier opens up about her controversial sacking from a hit series,...
Australia's first silver screen start
On or about the 4 October 1896, Marius Sestier made what was almost certainly the first...
Mosman Art Prize accepting entries
Entries are now open for the 2021 Mosman Art Prize, with the exhibition to take place from...
Conquering the horror stretch
Anton ‘The Barefoot Dutchman’ Nootenboom was warned time and time again as he made his...
The women behind Hegarty's Ferries
Norman Hegarty built and operated his small ferries until 1949 when he sold out to two...