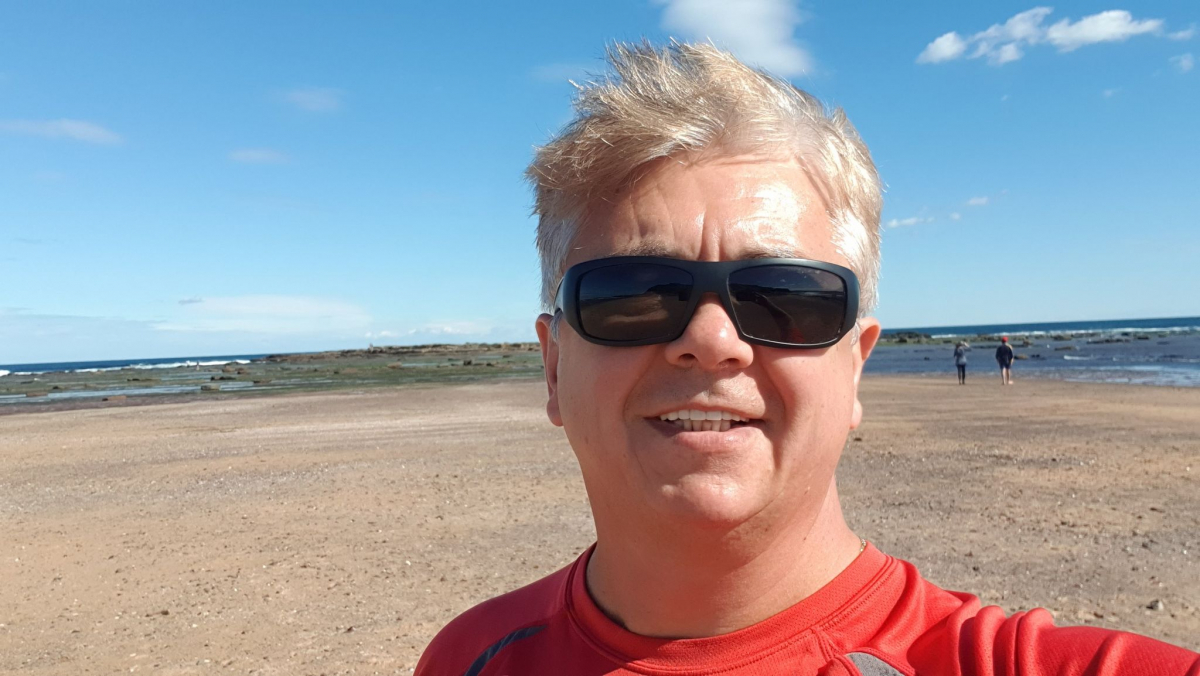 George Nastase is certain that he was 'a matter of seconds' from drowning during Sunday's Cole Classic swim in Manly.

The long-time Allambie Heights local was contesting the 1km swim event, something he has done half a dozen times, when he felt he had drifted off course.

It was hard to tell, he recalls, as the "waves were so big you could only see the top of the buildings and trees".

In the choppy white water, trying to get his bearings, George was between breaths with his head in the water when a big wave kept him down at a critical moment.

Several big waves in quick succession then prevented him from getting enough air back into his lungs and he desperately waved for help, believing he "wasn't getting out".

George says Drew got to him just in time, and helped keep him from going under until they could hail down a nearby jet skier and tow him to shore.

"You never think you'll be in that situation, it's always someone else... You think you're a good swimmer and you've done it many times, but it can happen to you at any time," the 57-year-old tells Peninsula Living.

He insists it was not fitness related. On top of countless ocean swims, he regularly runs the City2Surf and half-marathons, and is a black belt in kempo jutsu.

"It was just a lapse in concentration allowing myself to deviate from the course," he continues.

"I wasn't aware of the rip and everything happened so quickly."

On Monday, George took to Northern Beaches Buy, Sell, Swap and Connect to ask the local community for help in identifying the man who saved his life.

The post reached 35,000 people and it wasn't long before Drew was named.

"I have called him to thank him, but that's not enough I need to see him, shake his hand and have a chat and a couple of drinks with him," he says.

George was also blown away by the kindness of the community after sharing his distressing experience.

"When I put up that post, I had all these messages of love and support and it just brings you to tears. I never ask the community for any favours, and I'm pretty private by nature... so this has been a bit overwhelming!"