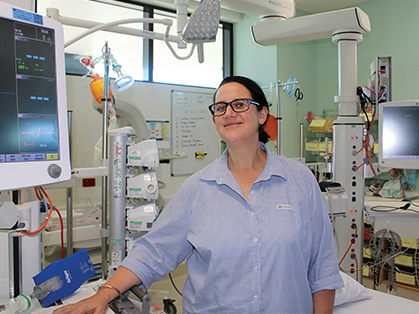 2020 has tested us in so many ways, from the Black Summer bushfires to the ongoing COVID-19 pandemic. But, as the saying goes, ‘When the going gets tough, the tough get going’, and Peninsula Living wanted to once more shine a light on some of the standout individuals and groups that have appeared in our magazine throughout this unprecedented year because of their devotion to helping others.

If there has been a more courageous group this year, only our hero firefighters would come close. Healthcare workers have been on the frontline of a threat they knew almost nothing about and couldn’t have planned for. There were no guarantees personal protective equipment (PPE) would protect them and their families from COVID-19, yet our medical professionals fearlessly forged on through the pandemic; saving lives, caring for patients and working tirelessly in the fight to overcome the coronavirus.

Peninsula Living spoke with Simone Hyland, emergency department unit manager at Northern Beaches Hospital in June, and she was instrumental in setting up the hospital’s COVID-19 testing clinic. A brave feat in a region that was a coronavirus hotspot during the peak of the outbreak.

“We had to turn the whole department around in 24 hours just to adapt to the current changes and to ensure we had the peak, maximum safety for staff and patients,” she told us.

“Working in ED, you’re pretty flexible anyway but that was just ramped up [during the pandemic]. We were coping with changes basically hourly instead of a slower pace, where it might be weekly.

“There was also a lot more reassurance having to be given. Patients were coming in, already fearful of being unwell, but then also, understandably, fearful of what they might catch.

“We were conscious of alleviating that anxiety by reassuring them that we were doing everything to keep them safe.”

Junior Medical Officer at Northern Beaches Hospital, Dr Amna Saadi, then spoke with Peninsula Living in September, and said the staff had to overcome feelings of anxiety themselves.

“[COVID] all happened very quickly… We were all very nervous at the beginning, because we were looking at what was taking place in other countries around the world and thinking that could happen here,” Dr Saadi explained.

“There was definitely some concern, because we would be the ones spending time with the infected patients and seeing them get very sick. We probably didn’t feel ready for that as fresh med student interns.”

Before COVID took hold, Australia was brought to its knees by the unprecedented ‘Black Summer bushfires’. Multiple states of emergency were declared in NSW, Victoria and the ACT, as more than 10 million hectares of land burned.

Fire and Rescue NSW and the NSW Rural Fire Service mobilised thousands of firefighters to help battle the catastrophic fires. Many had to leave their families over Christmas and the New Year, putting themselves in harm’s way to save lives and homes.

Matthew and his fellow Terrey Hills firies were deployed to Bateman’s Bay on New Year’s Eve, and met a blackened sky lit with flashes of red from a ferocious, kilometres-long fire front. They set about saving as many houses as they could, before news came through that the Princes Highway connecting Bateman’s Bay to Sydney had to be closed.

The team was stranded at Bateman’s Bay RFS station, and it wasn’t long before all landline, mobile and internet communications were lost.

“At that point, you almost go into a muscle memory thing with all the training you’ve got,” Matt says.

“It’s not until you think about it a day or so later that you think, ‘Oh, that was a scary situation’.”

Fiona had a similar experience fighting the ferocious Wattle Creek firestorm in the Southern Highlands just before Christmas.

“It was like nothing I’d ever experienced,” she told Peninsula Living.

“The way the fire was behaving was unbelievable. We literally couldn’t do anything.”

With the trucks already low on water from keeping the monstrous blaze at bay, Fiona explained all attention was turned to protecting Balmoral RFS station once it was realised that the entire town was under threat.

The station had become a makeshift refuge for many of the town’s locals and protecting life became the main priority.
“In that situation, you switch into that operational mode of, ‘You’ve got to get the job done and you’ve got to keep an eye out for your crews’.

“It’s after that fact, after it’s all happened, that you start thinking, ‘That was insane’.”

She was awarded 2020 Davidson Woman of the Year.

This magazine isn’t big enough to praise the feats of all the local community members, who went above and beyond to do what they could to keep our spirits up and help those on the frontlines.

During the fires, there were incredible gestures across the Beaches. Like 12-year-old Sydney Grammar students Nathanael, Mikey, Damian and Alex, who busked on Manly Corso as a string quartet to raise funds for the RFS. Or Terrey Hills local Brett Wilson, who started the Caravans4Bushfires movement, delivering caravans to those that lost their homes in the fires.

As for our COVID community heroes, KYUP Project! founder Mel Thomas rolled out an important initiative called WorkBuddyCheck. Knowing that COVID lockdown would be a “death sentence” for those at-risk of domestic violence, she created a buddy system that would enable someone in danger to raise the alarm discreetly.

Pastor Glenn Wysman and The Link Community Care provided vulnerable Peninsula locals with grocery hampers and packed lunches; and Easylink conducted regular welfare calls to the elderly to ensure there was still social connection during lockdown.

From the Peninsula Living community, thank you to all of our inspiring local heroes!

Befriend a Veteran
CCNB is looking for kind, friendly locals to provide social support to war veterans in the...
Assist Native Wildlife
Support the incredible work local service Sydney Wildlife do to rescue and rehabilitate...
We need to talk about menstruation. Period
Dee Why’s Dean and Nina Tavener are dedicated to breaking down the stigma around...
Art prize pushes boundaries
There were a number of firsts in the 2020 edition of the Ravenswood Art Prize, including a...
Traumatic trip leads to Bright Futures
When a Nepalese family helped save the life of Jacqui Holth’s husband, they could never...