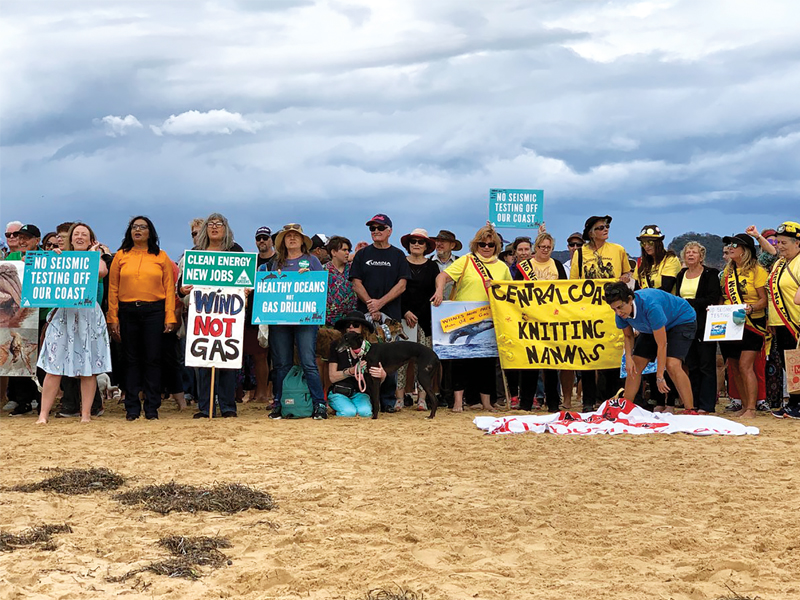 An energy company has scrapped its controversial plan to conduct 3D seismic testing off Sydney’s coastline, however it will proceed with drilling gas reserves.

Asset Energy, a subsidiary of MEC Resources, says a technical decision has been made to abandon plans to conduct seismic testing in an offshore basin between the Northern Beaches and Newcastle.

The testing, which was proposed over a 100km2 site, would have involved firing soundwaves of up to 250 decibels into the ocean floor every few seconds to detect the presence of oil or gas.

The decision is considered a win by local community groups backed by Northern Beaches Council, Manly MP James Griffin and Mackellar MP Jason Falinski, who have long campaigned against the testing.

Locals and scientific experts alike were concerned that seismic blasts could impact the marine balance through killing plankton and krill, causing stress, deafness and harm to other animals and redirecting the migration route of humpback whales.

However, Asset Energy’s managing director, David Breeze maintains the “drilling of the well, which was always the next step, will be the next course of action.”

“While we celebrate this announcement to stop seismic testing in PEP 11 (Asset Energy’s 4,500km2 ocean exploration site) and we celebrate a reprieve for our marine animals who will be spared the torment and harm that is seismic testing, we are still deeply concerned that drilling for gas in a climate emergency is still being planned,” says Dr Natasha Deen, founder and chair of local environmental group Save Our Coast.

She says the Save Out Coast group will continue to fight the proposed offshore gas drilling, with plans to present a petition of 56,000 signatures against the mining to Warringah MP Zali Steggall and stage a community action event at Manly Town Hall on 2 February.

“In the wake of catastrophic, unprecedented bushfires, that have resulted in tragic loss of life, devastated communities, and decimated wildlife and habitat, to be allowing drilling for gas off our coast in this climate emergency is incomprehensible,” Dr Deen says.

Can’t see the forest for the trees
Mosman Council has rejected an appeal by residents with a harbour view to cut down native...
We are Australian
When 10 million hectares of our Great Southern Land burned, Pittwater locals banded...
Gas drilling petition rejected
A 57,000 strong petition opposing gas drilling off Sydney’s coastline has been rejected...
World’s best surfers to drop in at Manly
The big names will be chasing crucial qualification points in the first-ever WSL Challenger...
Report rate scratches the surface of sexual assaults
While a 39.4 per cent jump in reported sexual assaults over two years across the North...