Save Manly ferries campaign ramps up 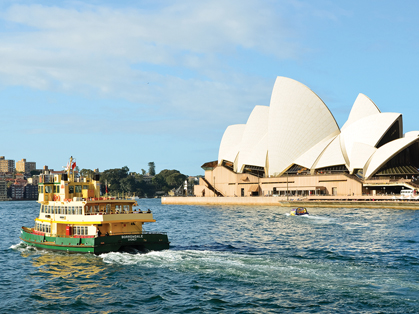 Northern Beaches’ deputy mayor Candy Bingham says protesters have won the battle – by saving two of the Freshwater class ferries – but the war, or future of the remaining two iconic vessels, is still there for the taking.

The president of Good for Manly is calling on Minister for Jobs, Investment and Tourism, Stuart Ayers, to step in and save the much-loved Sydney attraction, arguing “he would be there if half of the Opera House was under threat”.

Northern Beaches Council estimates that tourists contribute around $500 million a year to the local economy and account for 12 per cent of the jobs in the area, Councillor Bingham states.

“The savings are tiny. Scrapping two out of four ferries and replacing them with new Emerald class ferries, will save around $3 million a year in maintenance costs,” she says.

“To add insult to injury, this piddling saving will not even go to the public coffers but to Transdev - the international company running our ferry fleet – and for this our Northern Beaches $500 million tourist economy is put at risk.”

An NSW Parliament petition to save the vessels by Good for Manly received more than 22,000 signatures and is due to be debated in parliament in the coming weeks.

“At the moment the decision to scrap the Freshwater Class ferries is being made by the Minister of Transport, Andrew Constance. It’s time the debate about the heritage and tourism value of these old ferries was considered,” Cr Bingham adds.