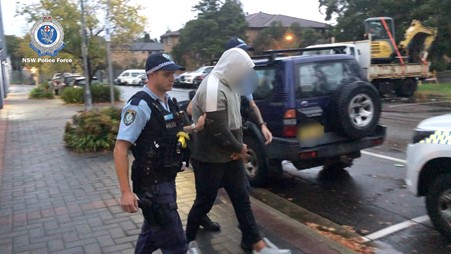 Former test spinner Stuart MacGill was allegedly kidnapped in Cremorne and threatened at gunpoint before being released.

The alleged kidnapping began when 50-year-old MacGill was allegedly approached by a 46-year-old man – who is known to MacGill - near the intersection of Parraween and Winnie streets at about 8:00pm on April 14.

A short time later, two men approached the scene. MacGill was then allegedly forced into a vehicle.

The men then drove to a property in Bringelly in Sydney’s south-west where they allegedly assaulted and threatened the former cricketer with a firearm.

About an hour later, MacGill was driven to the Belmore area and released.

Following investigations, strike force detectives, with assistance from raptor squad and the public order and riot squad, arrested four men aged between 27 and 46 on Wednesday, May 5.

The men were taken to local police stations, where they were charged with take/detain in company with intent to get advantage occasion actual bodily harm.

One was charged with participating in a criminal group and supplying a large commercial quantity of a prohibited drug.

Another was charged with directing the activities of a criminal group.

They were denied bail are due to appear at Sutherland Local Court on Wednesday afternoon.

Their homes at Sutherland, Caringbah, Brighton-le-Sands and Banksia were searched on Wednesday.

Detective Acting Superintendent Anthony Holton said the men had motive to kidnap MacGill, with the intent of obtaining money from him, but no ransom was made, and no money was exchanged.

"I believe that the motive was purely financial, he was seen as someone that they could get money from," Mr Holton said.

Since retiring from cricket, MacGill has made appearances on cooking shows and was most recently working as the general manager of Neutral Bay restaurant Aristotle’s.

Empower young women
Assist local girls and young women to become confident, self-respecting, and responsible...
The crime report: Northern Beaches
Get the lowdown on the recent incidents reported near you...
Chatswood reaches new limits
Chatswood will see another skyscraper in its midst, after Willoughby City Council endorsed...
The North Shore's snug saloons
With the chill returning to the air, North Shore Living saw it as a public service to...
Ferry furore
Councillor Candy Bingham is calling for the NSW Government to undertake an inquiry into the...