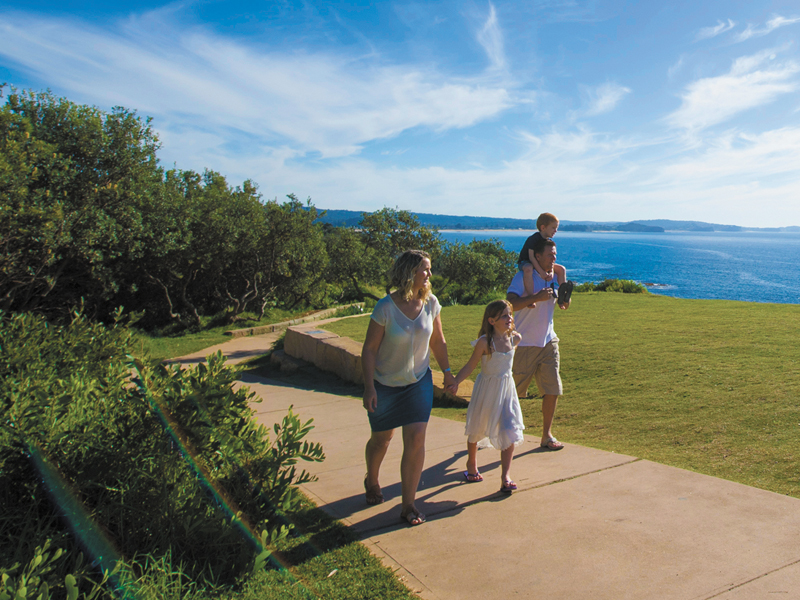 A Vision for the Future

Northern Beaches Council has offered locals a crystal ball vision into the future of the Local Government Area (LGA) with its draft strategic plan, ‘Towards 2040’.

The report maps out Council’s planned actions to combat the challenges facing local land use over the next 20 years.

Peninsula Living broke it down into the four main themes and has analysed each one individually in a four-part series. In this final instalment, we look at the future of transport and community facilities in the LGA.

Transport and Community Facilities in 2040

By the year 2040, Council will give locals the option to live without a car through completing four fast public transport corridors, and developing safe and convenient walking and cycling paths.

Across the Northern Beaches, two-third of all residents, 43,254 people, travel to work each day by car. While more Manly Warringah residents use public transport than in the north, numbers are relatively modest considering the bus connections.

Council has identified strengthening the bus network as paramount to responding to planned growth in Dee Why, Brookvale and Frenchs Forest.

With Manly Warringah expected to accommodate the majority of housing and job growth, Council will prioritise improving bus services to better connect Brookvale/Dee Why, Frenchs Forest, Chatswood and the Sydney CBD.

While State MP for Davidson, Jonathan O’Dea, previously confirmed to Peninsula Living that Warringah Road will not become a part of the B-Line, Council has committed to Bus Rapid Transit (BRT) infrastructure along the route by 2040.

BRT systems allow the bus network to operate with the frequency and consistency of a metro link, through the use of 24-hour segregated bus lanes, priority traffic light changes and designated stations, rather than frequent stops.

This will improve connections to the North Shore, Sydney Metro Northwest and Chatswood Rail Interchange.

However, Unions New South Wales has questioned the certainty of such services and others planned across the Northern Beaches as the State Government announced last year its plans to privatise the area’s bus network.

Despite this, Council hopes that the long-promised Beaches Link Tunnel will provide opportunities for express bus services to Sydney CBD and North Sydney’s Metro and rail via its Balgowlah and Seaforth links.

It has acknowledged the completion of the tunnel is fundamental to achieving its growth plans for Frenchs Forest by 2040, however the project is already experiencing delays.

In November last year, Transport and Roads Minister Andrew Constance admitted construction would not begin on the tunnel until 2022 or 2023, a year later than originally planned.

Transdev, operator of the F1 Manly Services, has confirmed services between Circular Quay and Manly will increase this year from every 30 minutes to 20 minutes on weekdays, and every 10 minutes on weekends.

This will be achieved through the addition of three new Emerald Class ferries to the Sydney Ferries fleet, a move that has sparked concerned rumours of an impending retirement of the Freshwater Class.

Although Manly State MP James Griffin late last year ardently denied such rumours to Peninsula Living, Transdev has stated no decision has been made yet as to the future of the Freshwater fleet.

Meanwhile, Council has vowed to inspire greater uptake of active transport, walking or cycling, through creating and improving footpaths and cycling routes across the entire Peninsula.

Currently, around five per cent of locals walk or ride their bike to work. By 2038, Council hopes to double this number.

This will be achieved through the development of safe cycle routes separated from motor vehicle traffic within 5km of main ‘strategic’ centres, such as Brookvale/Dee Why and Manly.

It will also improve walking infrastructure within 2km of strategic centres and 800m of local centres, such as Belrose, Forestville, Manly Vale, Balgowlah and Freshwater.

In the south, cycle routes to be prioritised include Brookvale/Dee Why to Chatswood; Manly to Mona Vale; Manly to Spit Bridge and Frenchs Forest to Mona Vale.

Simultaneously, walking will be encouraged through improved streetscapes, including street furniture, lighting and shade areas, and the development of between suburb pedestrian infrastructure.

A significant element of Council’s plans to reduce locals’ use of private vehicles is by providing better community facilities closer to home.

Currently, university students on the Peninsula must travel between 40 minutes to one hour to get to their campus.

The planned health precinct opens opportunities for students to study and gain experience in fields such as allied health, aged care, sport and exercise science.

Frenchs Forest will also be investigated for additional childcare services, while the State Government is still looking at Aquatic Reserve to potentially house the new and expanded The Forest High School.

This plan will go some way to accommodating the extra 3,545 school students expected on the Northern Beaches by 2036, but has been met with concern by locals and environmentalists due to its history as a former toxic waste dump site.

Meanwhile, as part of its open space and recreation strategy, Council has announced several new community facility projects in the area.

Alongside the soon-to-be completed upgrades at Lionel Watts Oval in Frenchs Forest, Belrose will benefit from a new bike path at Bare Creek in the near future.

Dee Why’s civic centre around the library and Council Chambers will also be revitalised as a new community hub with health services, upgraded library facilities and a landmark Civic Plaza, featuring food, retail and entertainment conveniences.

No more flying under the radar
The Sea Eagles shocked many with their run to the finals in 2019, but they won’t have the...
Gas drilling petition rejected
A 57,000 strong petition opposing gas drilling off Sydney’s coastline has been rejected...
World’s best surfers to drop in at Manly
The big names will be chasing crucial qualification points in the first-ever WSL Challenger...
Can’t see the forest for the trees
Mosman Council has rejected an appeal by residents with a harbour view to cut down native...
“It feels like boxes are being ticked”
Locals are calling on the State Government to allow more time to respond to the 9,765-page...