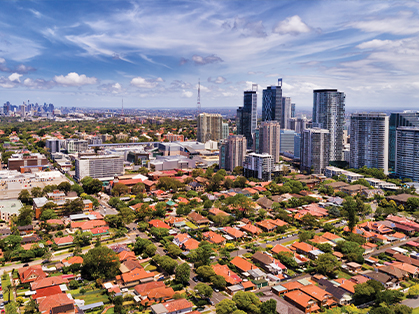 The Chatswood CBD Planning and Urban Design Strategy 2036 was endorsed by Council in September, after it was updated on the back of reports into the impact on traffic, amenity, and overshadowing.

Under the strategy, the CBD’s mixed-use zone, which accommodates shops, offices and units, will extend into surrounding streets including those bordering heritage-listed homes.

As such, the strategy has long been met with concern from residents of these properties, known as the South Chatswood Conservation Area.

In August 2019, the Department of Planning, Industry, and the Environment (DPIE) requested Council provide further information on the strategy’s impact on these properties through traffic and built form analysis studies.

Last week, it was revealed the traffic and heritage reports, conducted by Arup and Weir Phillips, and the study into the appropriateness of the bulk and scale, by GM Urban Design and Architecture (GMU), were paid for by developers with endorsed developments in the planning zone.

This led to calls to rescind the strategy by some councillors, pending further information on the creation process.

“We’re talking about the very strategy that will define how this city will look going forward, when three of the most important issues to the Chatswood residents being heritage, traffic and interface, being paid for by developers,” Councillor Nic Wright told the meeting.

A spokesperson for Willoughby Council says while the reports were paid for by developers, they were supervised by Council officers and were peer reviewed by either the DPIE or Transport for NSW.

“Following these additional studies, no heights were recommended to increase but heights and FSRs on the eastern edge of the CBD have been lowered where it abuts Heritage Conservation Areas.

“In an effort to progress Council endorsed planning proposals as efficiently as possible, while maintaining transparency and probity throughout, studies were commissioned with the support of the DPIE to answer all additional strategy concerns raised by that agency.”