Fight for Robertson Road: ‘This is make or break for us’ 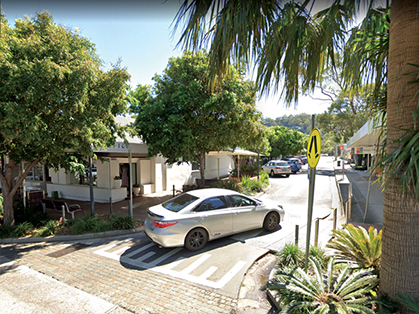 Newport locals are calling on Northern Beaches Council and the State Government to explore options to simultaneously revitalise the properties along Robertson Road.

Local resident Simon Barlow is calling on owners and potential developers to work with the community, Council, and the NSW Government to investigate ways to harmoniously redevelop the road’s four properties.

He has taken his campaign to social media, creating the Save Robertson Road Facebook page which garnered more than 600 members in two weeks.

Simon says he felt ‘obliged’ to start the campaign over the ‘anger and frustration’ he felt towards recent developments proposed for the road, which lies in the heart of Newport village.

A $3 million proposal to redevelop 349 Barrenjoey Road, on the south side of Robertson Road, into three-storeys of shop-top housing was scrapped in late January, following opposition from Council and community members.

Meanwhile, another development application for shop-top housing has just been submitted for 351 – 353 Barrenjoey Road, on Robertson’s northern side.

“There is a general feeling of frustration with the standard of building that has been completed in Newport over the last 10 years,” he tells Peninsula Living.

“They’re not only ugly, they’re inappropriate. They just do not fit into our area.

“We could lose the only cozy, little community road in Newport. We only have one street like that. Unless the character is maintained, it’s going to be fairly bleak.”

He says while he agrees Robertson Road requires development, proposals should be in line with Council’s Newport Masterplan, which recognises the street as a ‘cultural, recreation and shopping centre’ often used for community events.

“This place is unique. Robertson Road needs to be developed, the buildings are decades old and tired, but let’s do it properly.

“This is make or break for us.”

Council’s acting CEO Jeff Smith told Peninsula Living while Council ‘acknowledges’ local interest in Robertson Road, it has worked closely with the community to develop the Newport Masterplan which guides all development.

Empower young women
Assist local girls and young women to become confident, self-respecting, and responsible...
Step up to Clean Up Pittwater!
Too many of us take for granted the beautiful Northern Beaches, so this month let’s do...
State opposes PEP-11
The NSW Government has formally opposed the renewal of a license that would allow gas...
A cuppa and a chat
Provide aged care residents with a warm cup of coffee and a bright smile as Anglicare’s...
The colour queen
North Shore Living’s Stephanie Aikins speaks with renowned local artist Emily Crockford...