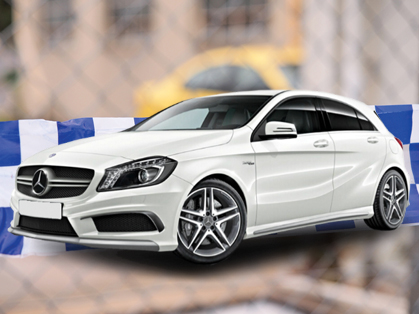 Broker scammed out of $760,000
NORTHERN BEACHES

A 23-year-old man was arrested in October after he allegedly obtained more than $759,000 from a Northern Beaches mortgage broker via an online business email compromise (BEC) scam.

On Wednesday 27 and Thursday 28 October, detectives executed two search warrants at units in Sefton and Yagoona.

Two men were arrested, with the 23-year-old charged with three counts of recklessly dealing with the proceeds of crime more than $5,000.

It is alleged that the man spent a large portion of the money obtained from the Northern Beaches business on gold bullion.

A BEC scam occurs when an individual or company receives a fake invoice purporting to be from a service or goods provider, requesting money be sent to a fraudulent account.

Police are asking for public assistance to find several high-performance and luxury vehicles stolen during recent break-ins at homes in Northern Sydney.

One such break-in allegedly occurred around 3am on Tuesday 2 November at a Frenchs Forest home.

Officers allege a white 2014 Mercedes A200 with the registration plates ‘CRY80M’ was stolen from the garage of the house.

Criminal groups squad commander, detective superintendent Grant Taylor, says detectives believe the vehicles have been stolen by members and associates of criminal networks to prepare for public acts of violence.

“Detectives have reason to believe these cars – particularly the Porsche and Mercedes – may be used to facilitate other serious crime and possibly contain cloned number plates of an identical make and model,” Det Supt Taylor said.

“We know these high-performance vehicles may be stored in areas or locations which are unusual for the type of car; therefore, we’re urging anyone who may’ve seen something out of the ordinary, to come forward and contact police.”

Anyone with information is encouraged to contact Crime Stoppers on 1800 333 000.

Menace without a mask
MANLY

A Manly woman has been charged with not wearing a mask in various eateries in Manly.

The 59-year-old woman allegedly refused to wear a face mask when she visited two popular venues in the beachside suburb – Infinity Bakery and Silo Espresso Café.

She was spotted not complying with the NSW Government’s health orders by two duty officers who subsequently reported the incident to Manly Police Station.

The woman attended Manly Local Court in late October, where she was also accused of refusing to use the mandatory QR codes to check in and out of locations.

It is alleged she also did not comply with various COVID-19 health directions from police on her arrest.

The woman’s solicitor said his client was pleading not guilty to one count of not complying with COVID-19 health orders.

The woman is due to return to Manly Local Court on 1 December.