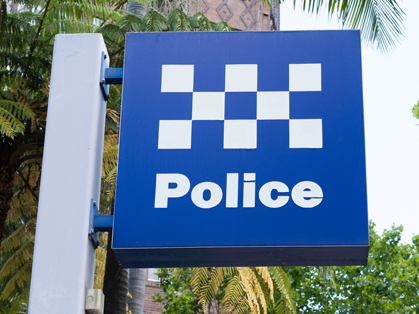 Flyers claiming Georgia Ryburn, who ran for the Liberal Party, was picked for the candidacy due to an intimate relationship with state MP James Griffin were distributed to letterboxes in Manly, Clontarf and Balgowlah.

Ms Ryburn, who is a new mother, and Mr Griffin both labelled the claims as “defamatory” and “disgusting”.

“It’s so vital that we have women being representatives within all levels of politics,” Ms Ryburn said.

“It’s important for me to have women representing women on Council and these setbacks are disheartening.”

Councillor Candy Bingham has also been dragged into the affair, with the flyers claiming they were produced by her Good for Manly team.

Ms Bingham has categorically denied any links to her office.

There is no suggestion that the Good for Manly team has any involvement with the production of the flyers.

Three teenagers were arrested in Seaforth in late November, after stealing a vehicle and leading police on a pursuit through the Northern Beaches.

Around 2am on 24 November, a home was broken into on Oaks Street, North Narrabeen. The only item taken was the key to a high-end luxury sports car.

When the vehicle failed to stop, a pursuit was initiated. The teens – two girls and a boy – led police through Mona Vale, Warriewood, and Seaforth before the car was finally stopped on Seaforth Crescent.

A 15-year-old boy was charged with aggravated entering a dwelling with intent - knowing people are there; driving conveyance taken without consent of owner; police pursuit - nonstop; dangerous driving; never licenced person driving a vehicle on road; and breach of bail.

He was formally refused bail at a children’s court before appeared again in December.

The two girls, aged 14 and 16, were charged with aggravated entering a dwelling with intent - knowing people are there and being carried in conveyance taken without consent of owner.

They were granted conditional bail to appear at a children’s court in January.

A Manly man was recently arrested and charged for stabbing another man.

Emergency services were called on 8 December to an address in Willoughby where they discovered a 27-year-old man with stab wounds.

A crime scene was established by NSW Police and the man was taken to Royal North Shore Hospital in a stable condition.

A 20-year-old man was subsequently arrested at his home on Camera Street in Manly the following day, on 9 December.

The man was charged with wounding a person with intent to cause grievous bodily harm.

After appearing at Manly Local Court later that day, he was refused bail and will be kept in custody until 3 February 2022, where he will appear at Central Local Court.

Further enquiries led police to arrest another man who allegedly fled the scene of the crime.

He has been charged with wounding a person with intent to cause grievous bodily harm and shoplifting.

Council converts to 100 per cent renewables
Willoughby City Council has opted for 100 per cent renewable energy under a new agreement...
New life for surf clubs
The redevelopments of the surf clubs at Long Reef and Mona Vale are almost finished...
‘Very close to residents’ hearts’
Pittwater councillors call for Mona Vale acute services...
Stay vouchers available
A $50 accommodation voucher is now available for locals as part of the Stay NSW program...
The crime report: North Shore
Get the lowdown on the recent incidents reported near you...