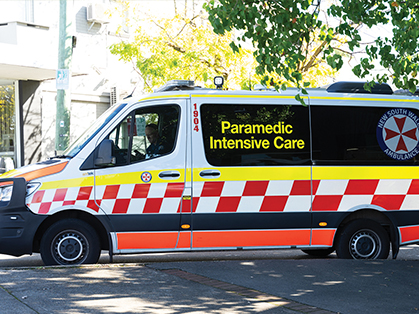 The major storm event brought down dozens of trees across the Peninsula, with Northern Beaches Council previously stating it expected clean up crews to be working through January.

In January, the Northern Beaches Police Area Command released a warning over reports of people offering tree clean up services for extortionate money.

In some cases, locals were being quoted a $7,000 charge with 10 per cent payment up front.

Police have urged locals not to hand over large amounts of cash to those they don’t know.

If you wish to report a suspected illegal tree lopper, contact Crime Stoppers on 1800 333 000.

A man was charged with drink driving in the aftermath of a traffic accident that closed Mona Vale Road at Ingleside in early January.

A van, driven by the man, collided with a Toyota 4WD in a road construction zone between Tumburra Street and Kimbriki Road, Ingleside. The van then continued 200 metres down the road before coming to a stop.

The Toyota was driven by a 50-year-old man, with two young children also in the vehicle. Paramedics assessed the three occupants but found none had sustained serious injuries.

Following a roadside breath test and further testing at Frenchs Forest Station, the man was charged with mid-range drink driving.

A teenager from Wheeler Heights was charged by police after allegedly assaulting two paramedics in North Narrabeen.

Late on January 11, members of the public contacted emergency services after discovering a 16-year-old male asleep behind a bus shelter.

Police and paramedics attended the scene and helped the young man into an ambulance.

The teenager then allegedly became verbally aggressive and assaulted two of the paramedics.

He was arrested and taken to Manly Police Station, where he was charged with common assault (two counts), resist or hinder police officer in the execution of duty and breach of bail.

He was refused bail and will appear at a Children’s Court.

Beaches Link put on ice?
State reviews major infrastructure projects...
Another tower for North Sydney
A development application (DA) has recently been submitted to North Sydney Council for...
Celebrating 100 years of Avalon Beach
Peninsula Living is exploring some of Avalon Beach’s incredible history in celebration of...
Taronga reptiles find a new home
A new purpose-built amphibian and reptile conservation centre at Mosman’s Taronga Zoo has...
The crime report: North Shore
Get the lowdown on the recent incidents reported near you...