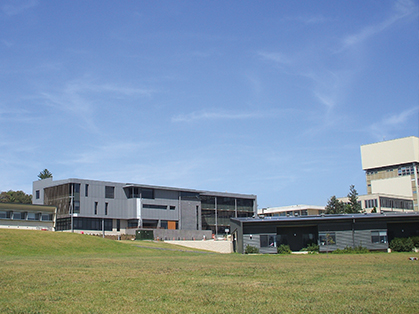 A push by Pittwater councillors for Northern Beaches Council to advocate for the rebuilding of public acute health services at the Mona Vale Hospital site has been lost.

In March, Greens councillor Miranda Korzy brought forward a motion calling on Council to advocate that the footprint of the demolished main building and emergency ward be left as open land for the building of a new acute services hospital.

The Pittwater councillor said extreme weather events, which have previously closed Wakehurst Parkway, coupled with a shortage of hospital beds at Northern Beaches and Royal North Shore hospitals during the pandemic indicates ‘the urgent need of expansion of acute services’.

“The point has been made many times that Northern Beaches Hospital is closer to Bondi and Erskineville that the northern parts of Pittwater and, on top of that, there are also the offshore communities who have an extra obstacle getting to a hospital,” she said.

“While medical outcomes can be better at large tertiary hospitals for complex conditions, distance becomes critical in crises such as anaphylactic shock, asthma attacks, obstructed labour during childbirth, drowning and stroke, where timely treatment can literally mean the difference between life and death.”

Ms Korzy pointed to the 2020 NSW Parliamentary Inquiry into the Northern Beaches Hospital, which recommended the NSW Government investigate ways to restore a public level three emergency department on the site.

“This is a fight that has been going on for 20 years… The community has spoken very clearly on this, and I can assure you that this is something that is very close to the hearts of Pittwater residents,” she said.

Her calls to retain the land for the possibility of future public emergency, surgery, maternity, and intensive care services were supported by fellow Pittwater Councillor Vincent De Luca.

However, while the Council agreed to support advocating for the land to be used for public services it voted not to push for a new public acute services hospital.

Several councillors stated the provision of health services was outside the scope of local government.

“An acute service hospital is an enormous ask,” Councillor Candy Bingham said at the meeting.

“I just cannot see in a million years that the State Government is going to give the Mona Vale community money to build an acute hospital on that site when, as far as they’re concerned, they’ve absolutely moved on from that.”

Beaches Link put on ice?
State reviews major infrastructure projects...
Another tower for North Sydney
A development application (DA) has recently been submitted to North Sydney Council for...
Contest over country
Northern Beaches residents are urging local MPs to extend the period for public comment on...
Taronga reptiles find a new home
A new purpose-built amphibian and reptile conservation centre at Mosman’s Taronga Zoo has...
The crime report: North Shore
Get the lowdown on the recent incidents reported near you...