Beaches Link Tunnel - will it be scrapped or saved? 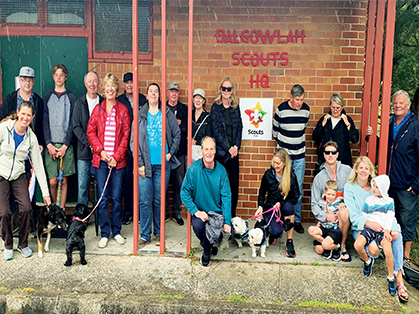 “It would be devastating to the community if decisions were being made only for political reasons,” says locals.

The $14 billion Beaches Link toll road has been a political battleground for the last two decades, but its future looks more in jeopardy than ever.

The project, which isn’t due to be completed for at least another four years, consists of seven kilometres of tunnels linking the Northern Beaches to the city's north-east, connecting the Warringah Freeway at Cammeray to Balgowlah and Seaforth.

Planning Minister Rob Stokes – who is also the Member for Pittwater – says the NSW Government is committed to the tunnel, as do other local MPs, and Mr Stokes signed a Critical State Significant Infrastructure declaration in relation to the tunnel last month.

However, the new Premier of NSW, Dominic Perrottet, has been accused of lacking enthusiasm for the project compared to his predecessor, Gladys Berejiklian. State Opposition leader, Chris Minns, is also pledging to scrap it if Labor gets into power at the next state election.

There are also community concerns. In November, Transport for New South Wales (TfNSW) released a response to the issues raised in recent submissions for the Beaches Link and Gore Hill Freeway Connection.

“The community’s biggest concern is that the process of the tunnel will be rushed without appropriate planning, safeguards and construction methods to protect the local environment,” says Nerissa Levy, treasurer of the Balgowlah Residents Group.

“Before resigning, Transport Minister Andrew Constance stated publicly that he wanted to sign construction contracts before the state election in 2023, to lock in the project.

“This obviously places undue pressure on the Department of Planning, Infrastructure and Environment (DPIE) to rush making its determination without resolving the complex and serious engineering problems raised in Environmental Impact Statement (EIS) submissions.

“It would be devastating if decisions were being made only for political reasons, and without full transparency of the tunnel’s costs, or the best protections implemented for the community and the local environment.”

Local MPs, including Mr Stokes and Federal Member Jason Falinski, insist the tunnel is still happening, with at least 54 properties in Artarmon, Balgowlah, Seaforth, Killarney Heights, and Frenchs Forest being acquired to make way for it.

John Gray’s property in Dudley Street, Balgowlah, was part of an entire street that's under compulsory acquisition for the Beaches Link.

He says the government-appointed valuers are under-valuing homes for acquisitions in Sydney's hot property market, labelling it ‘disgusting’.

“Given our age, we were left with no choice but to accept the offer of the RMS [TfNSW] to have our home acquired under the terms of compulsory acquisition,” he says.

Meanwhile, experts hired by the DPIE, including from the University of NSW, also claim the state’s transport agency has failed to adequately assess the risks posed to groundwater, creeks, and seawater.

The last mainland population of little penguins, believed to be approximately 60, live on the Middle Harbour foreshore in Seaforth and Castlecrag, where coffer dams will be built to allow the tunnel to be bored into the rock on either side of the harbour.

The EIS acknowledges that the penguins may be forced to leave the area permanently, with no protection provided to them.

It also reveals the two unlined tunnels connecting Middle Harbour to portals on the Wakehurst Parkway in North Seaforth and the Burnt Bridge Deviation in Balgowlah will cause the water table to fall, with natural groundwater flowing into the Burnt Bridge Creek poised to fall by 96 per cent.

“This means this much-loved creek with the bike and walking path along its length will essentially become an open stormwater drain,” adds Ms Levy.

“There would also be downstream impacts all the way to Manly Lagoon and Manly Beach, with vastly reduced water flow and stagnant pools causing loss of wildlife and large trees, potentially even in suburban gardens and nature strips.

“Finding options to limit the loss of groundwater is complex and expensive. There are options for ‘lining’ the tunnel as they dig, but this should be explored, costed and agreed before DPIE can make a determination.”

Meanwhile, Mr Perrottet is being urged to scrap the project as part of a 10-point plan to aid Western Sydney’s economic recovery from COVID-19, with calls to divert the funds to a new City Metro between Hurstville, Bankstown, Parramatta, and The Hills.

Over the next two decades, Western Sydney’s population is set to increase by close to 700,000, while the Northern Beaches’ will grow by 31,000 and Mosman by just 1,000 people over the same period.

Locals say the ‘hot potato’ will be pushed back and forth until the 2023 state election, with Ms Levy surmising:
“Ten billion is big investment and the business case for the tunnel is poor – it just costs too much to build to save a few minutes for a limited number of drivers, even fewer after COVID-19.”

When asked about the tunnel, Mr Perrottet said: "It's not unusual for governments from time to time to move things in and out, push things back, bring things forward, based on the circumstances we find ourselves in."