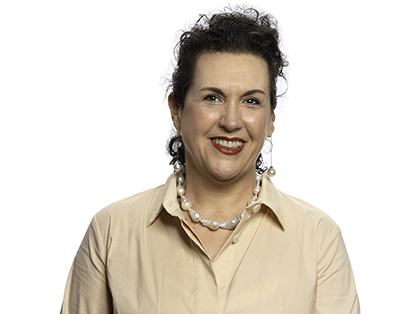 North Shore Living meets the new term of Mayors on Sydney’s North Shore, from Willoughby, North Sydney and Mosman, who will be leading the way for their communities.

Mayor Carolyn Corrigan has been serving as the Mayor of Mosman since 2017 and has now been re-elected for another term by the Mosman community.

Speaking to North Shore Living, Mayor Corrigan says it is a ‘great honour to be re-elected’ as Mayor of Mosman for the second time.

“Building trust takes time and being re-elected feels very special because it means the community believe I am on the right track. It is re-affirming and confidence building to have the community endorse my leadership skills and personal attributes that I bring to the role,” she says.

Mayor Corrigan says her fundamental priority will be putting the community first in every Council decision-making process. She says the value of community has ‘never been more important’ since the outbreak of the COVID-19 pandemic.

“We will need to work together to tailor a program of inclusiveness and community enhancement, whilst at the same time acknowledging our financial challenges due to the impacts of COVID -19,” she says.

“We must build into our strategic plan wriggle room and flexibility, just in case we need to pivot again due to additional unforeseen adverse circumstances.”

One of the current challenges facing Mosman, Mayor Corrigan says, is parking and traffic congestion, especially on Spit and Military Road. She says this will be mitigated when the Beaches Link Tunnel is open.

“Unfortunately, the trend continues with local planning controls and powers continuing to be taken out of the hands of local communities and local government and placed in the hands of the NSW state government.

“This is why a long-term goal for our community needs to be to remain independent - and it goes without saying that I will fight for Mosman's independence.”

Mayor Tanya Taylor, who is stepping into the role for the first time, says she is excited to come together with her fellow councillors and the team at Willoughby Council to serve the community over the coming term.

“I feel immensely honoured and humbled to have been elected as Mayor of the City of Willoughby – a community my family and I love so much. The City of Willoughby is a wonderful place to live and be a part of. Everyone can feel a genuine sense of belonging,” Mayor Taylor says.

Before being elected Mayor by the community, Ms Taylor was an active citizen in the Willoughby community. She was awarded Citizen of the Year in 2020 for her valued community work, including volunteering at Willoughby Public School; being part of the Willoughby Community Special Needs Pre-School committee; and organising the annual ‘Willoughby Families Weekend’ at Point Wollstonecraft on Lake Macquarie.

She has also hosted the ‘Chicks for a Cause’ lunch and ‘Fiver for a Farmer’ day at the Willoughby Public, raising much needed funds being raised for drought affected communities.

Mayor Taylor says that enabling locals to reconnect post-pandemic while keeping the community safe is a priority.

“Through it all, we have maintained our strong sense of community and caring for others, and I’d like to foster and strengthen this,” she says.

“Supporting the local economy to recover and grow will have many positive benefits. My priority is ensuring every member of our community feels safe to live, work and enjoy life in Willoughby.”

North Sydney Council introduced new Mayor, Zoë Baker, after she was voted in during their first Council meeting at the beginning of 2022.

Mayor Baker is the daughter of Carole Baker, who was the first woman mayor of North Sydney and served in the role for over 40 years.

“My mother instilled in me a deep expectation of and commitment to active public service. I’m exceptionally fortunate to stand on the shoulders of the incredible, formidable women who came before me,”
Mayor Baker said.

Mayor Baker tells North Shore Living that there are many pressing issues which she will address, including over-development pressures, the impacts of various state government infrastructure projects and the need for community facilities.

“The need for good community facilities and social infrastructure has been made clear because of the impacts of COVID. I think we all have a new appreciation for how precious green space and open space is for wellbeing in the community,” Mayor Baker says.

She says her personal passion is working with the community to address, what she calls, the ‘terrible decline’ of the urban tree canopy.

The mayor says it will be ‘most important’ to engage the community in the preparation of Council’s upcoming community strategic plan.

“The Community Strategic Plan sets the agenda for the next four years. Council is planning to engage with the community both online and in person and in as many forums as we are able to pull together,” she says.

‘It’s just too high’
North Sydney rejects Crows Nest skyscraper...
Beaches Link put on ice?
State reviews major infrastructure projects...
Another tower for North Sydney
A development application (DA) has recently been submitted to North Sydney Council for...
Contest over country
Northern Beaches residents are urging local MPs to extend the period for public comment on...
‘Beyond breaking point’
North Shore nurses and midwives have been pushing for a better nurse-to-patient ratio and...