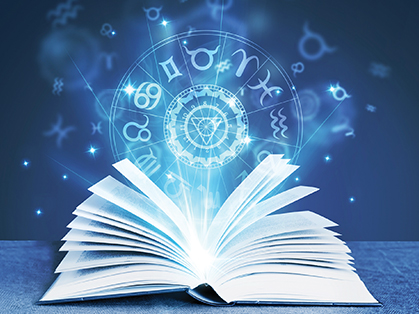 Can mediums actually see things beyond the physical? Can they connect us to family members long gone? North Shore Living sent four intrepid locals to one-on-one readings to find out.

Does the idea of seeing a psychic intrigue you, but you’re also a little apprehensive about what you’ll experience? Four randomly selected locals all felt this way when approached to participate in this feature.

None of them had previously visited a spiritual practitioner, but they agreed to hour-long readings (via Zoom), and to report back to the magazine, under the proviso their names wouldn’t be printed.

So, we paired A* from Frenchs Forest with Hornsby’s Sarah Knox; M* from Fairlight with Manly’s Diane Kerr; K* from Narrabeen with Freshwater’s Molly Talbot; and S* from Terrey Hills with Manly’s Maria Capone.

Here’s how our locals described their readings.

The only self-proclaimed sceptic of the four, S* admits she was left rattled from her reading with Maria Capone.

“I’m not someone who buys into the spiritual realm or anything like that, but she knew things that I don’t know how she could know,” S* tells North Shore Living. “They weren’t on my social media, they’re kind of family things that you would only know if you knew us and she didn’t.”

S* says the spirit of her grandmother connected with her, and she knew this because of the mannerisms that Maria had described.

“In my family there is kind of ritual around the women in our family sitting down and having tea together, and she kept bringing that up and saying, ‘You’ll know who this person through this ritual and how important it is to them,” she reveals.

“We then had this exchange, it was very interesting.”

A* from Frenchs Forest

Sarah Knox gained A’s trust quickly by sharing her personal background, and how she got into Reiki healing and then mediumship.

After A* asked her to focus on her career and family, Sarah began by talking her through her chakras, explaining which ones in her were under active and which ones were strong.

She then progressed to a tarot reading, and A* was floored by the accuracy of the card descriptions in relation to problems she’s experiencing at work.

“The first card was the ‘tiger’, which was, ‘You need to stand up for yourself and not be bullied’, the second one was the ‘seven deadly sins’, ‘You may only be seeing the surface but there’s a lot brewing around you in a malicious way that you’re not being told about’,” A* explains.

“When she said all that, I just saw my boss straight away, because there is a lot going on behind the scenes at my work.”

Sarah then connected A* with her grandparents on her mum’s side, describing them by their formal attire and physical traits.

“I took care of my grandad before he died. We’d just sit together, and I’d talk to him and feed him,” she explains.

“Sarah told me she saw him and I looking out over the ocean with one of his birds flying around us – he had birds as pets.”

“I’ve always been interested in tarot cards, so I was looking forward to seeing the professional process of [Molly Talbot’s] reading via Zoom,” K* tells North Shore Living.

Even though K* was already very open-minded going into it, she was impressed by some of the specifics, particularly relating to her kids.

After K* revealed that her children’s star signs were Libra, Pisces and Leo, Molly accurately read from the cards that the Libran was leaving Australia, the Piscean was juggling finances in order to build a house, and the Leo was looking to shake up their life but had been treading water for some time.

“Molly told me, ‘You’re at that point where you want to change your life but you’re very torn between what you want and what others around you want’, and that was true too.

“The whole reading pretty much summed up everything I’m going through at this stage in my life.”

“I was feeling a bit sceptical going into it, but I was also excited about the possible connection with the spirit world,” M* says, after her reading with Diane Kerr.

Little did she know that several spirits would come forward to Diane almost immediately.

Two grandfather-like figures presented themselves. One was very chatty with a dog, and the other was described as tall, slim and sensitive, associated with the letter ‘J’.

M* quickly deduced that one must be her grandfather on her dad’s side, with his old furry companion ‘Starsky’, and the other was her mum’s grandfather Joe.

“Diane told me that Joe was directing her to the front left of my car, saying that there was a scratch or a dent there, and it’ll be upsetting to me,” she reveals.

“Joe was a mechanic, so it made sense he’d be commenting on my car, but I didn’t know about any damage. The next day I went to my car and there was a football-size dent where he said it would be – I couldn’t believe I hadn’t seen it before.”

“I then asked if either of my grandmothers were coming through, and she described a portly, jolly woman. I guessed it could be my mum’s grandmother and this was proven when Diane said, ‘There should be a gold watch that’s been passed down from her’. Mum confirmed this!”

Mona Vale, have your say!
As part of the development of the Mona Vale Place Plan, Northern Beaches Council is urging...
New life for surf clubs
The redevelopments of the surf clubs at Mona Vale and Long Reef are almost finished...
Clifton Gardens clean up
Fifty volunteers recently teamed up to conduct a clean-up of Clifton Gardens and Chowder...
MP weighs in on Avalon land closure
Member for Pittwater Rob Stokes has urged Northern Beaches Council not to proceed with the...
Manly’s endangered locals
With threats stemming from fox and dog attacks, boat strikes, fishing lines, hooks,...

Free Dance Class in Manly, Save $20