‘It will utterly change Neutral Bay’ 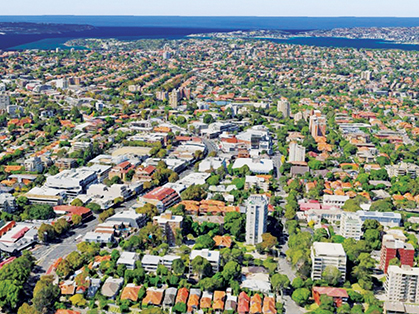 North Sydney councillors have voted not to endorse the preparation of a planning proposal that would see the height limit in most of the Neutral Bay town centre increase to six storeys.

The planning proposal was put forward to give effect to the controversial Military Road Corridor Planning Study.

The study, which Council adopted in February, plans to increase the height limit in the town centre by one storey and increase commercial floor space.

Council says the study is necessary to address the decline in commercial office space in Neutral Bay, with current controls allowing existing space to be replaced by residential development.

However, a recommendation to endorse the preparation and progression of a planning proposal was voted down at Council’s August meeting over concerns the project would ‘utterly change the nature of Neutral Bay’.

“It is not overwhelming supported by the community, and the reason for that is that it will inalterably change the character of an already compromised corridor.”

“It is run down, it is falling apart. We do not have a village centre. We need more open space. All of the things people have been asking for, for decades,” Councillor Drummond said.

“This is the time for Neutral Bay and Cremorne to have focus.”

General Manager Ken Gouldthorp said he is concerned that, by voting down a planning proposal, Council has left itself open to developers putting forward individual proposals in line with the study but that do not provide the public domain improvements and open space.