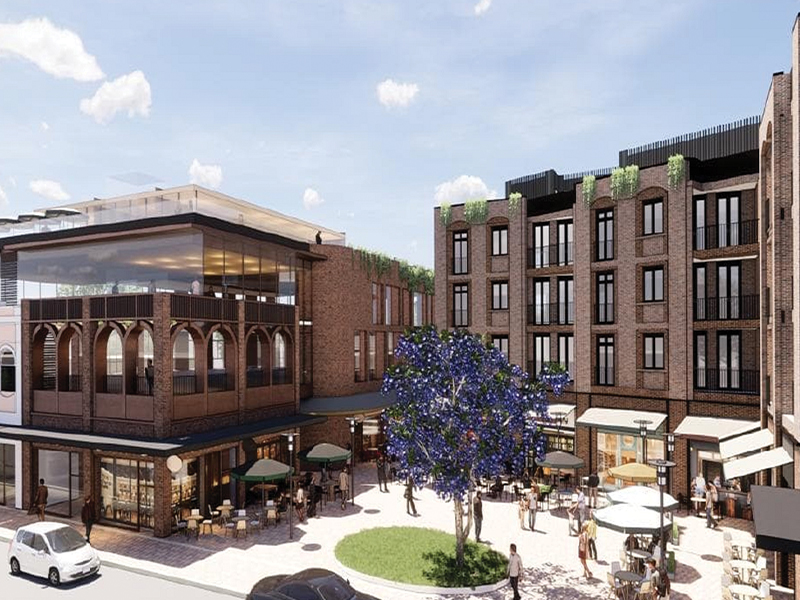 The Mosman Club has declared an end to a controversial proposed Woolworths development after it vowed it “will not enter into any discussion” with the supermarket giant.

In late August, Woolworths released initial artist impressions of its proposed development, which will take up the expanse of six current shopfronts along Military Road.

The impressions - which included a multi-level apartment building, street plaza and an underground supermarket - also depicted a redeveloped Mosman Club as part of the complex. However, club chief executive Gerard Boyle revealed the exhibition of the public images was “the first time anyone involved with the Mosman Club had seen these plans.”

In a statement to the club’s members, Mr Boyle stated it was “impossible for us to comment or form an official position about something that had not been proposed to us.

“Now we have seen these concept plans for the first time, we agree there is zero
appetite within the Board and management to explore a development such as this.

“As such, we can categorically state the club will not enter into any discussion with Woolworths regarding redevelopment of the club.”

He maintains that, without the Club’s engagement, the development, which has been subject to strong opposition by locals, cannot move forward as its redevelopment and incorporation into the complex is integral to the proposed design.

“Without the club’s support, the development is dead and buried,” Mr Boyle adds.

“We have stopped the Woolworths development.”

MP weighs in on Avalon land closure
Member for Pittwater Rob Stokes has urged Northern Beaches Council not to proceed with the...
‘It was a case of people power’
Cremorne homes receive heritage protection...
Work to begin on Parkway fix
Council commits to detailed design of works...
Council converts to 100 per cent renewables
Willoughby City Council has opted for 100 per cent renewable energy under a new agreement...
New life for surf clubs
The redevelopments of the surf clubs at Long Reef and Mona Vale are almost finished...