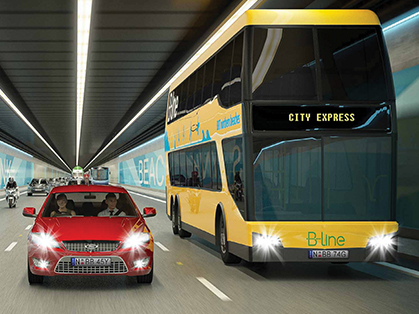 The controversial Beaches Link Tunnel may be put on the backburner, after a senior minister and local member indicated the NSW Government is reviewing its major infrastructure projects.

Infrastructure Minister and Pittwater MP, Rob Stokes, recently told the Sydney Morning Herald the government is considering delaying the multi-billion-dollar road link along with several other ‘mega projects’ due to increasing costs and workforce shortages.

While Mr Stokes maintained the government’s commitment to the project, he said a review was needed due to the rising cost of materials, equipment, and a lack of skilled labour.

There are also indications some within government are concerned by significant budget blowouts for other major transport projects and a sizeable budget deficit due to COVID-19 outbreaks.

Mr Stokes said the impact the pandemic has had on population growth also meant the timing need to be revaluated before the government committed to ‘tens of billions’ in liabilities.

The Minister’s comments came on the same day the State and Federal Governments announced a joint $150 million in funding to upgrade part of Wakehurst Parkway near the planned tunnel’s Seaforth entrance.

The funds will go towards widening a 2.5-kilometre stretch of the road from Dreadnought Road, Oxford Falls to close to the Warringah Road intersection. It will also see the construction of a pedestrian and cycle bridge connecting Aquatic Drive and Fitzpatrick Avenue East as well as new fauna crossings.

While it has been confirmed the upgrades are linked with the Beaches Link project, Federal Member for Mackellar Jason Falinski has maintained the works are not dependent on the tunnel going ahead.

Mayor Michael Regan told Peninsula Living suggestions by Mr Stokes that the tunnel may be under review were ‘of concern’, considering the funding announcement.

“Council always welcomes investment in local infrastructure, and this is a key project necessary ahead of the Beaches Link tunnel,” Mayor Regan said.

“[However] this upgrade is mostly on the southern side of Warringah Road heading to Seaforth and will involve significant tree loss on both sides of the road for a project that may not now go ahead.”

Minister Stokes said an announcement on the future of several major infrastructure projects that had yet to receive an investment decision, such as the Beaches Link, would likely be made in the next few weeks.

New life for surf clubs
The redevelopments of the surf clubs at Mona Vale and Long Reef are almost finished...
Manly’s endangered locals
With threats stemming from fox and dog attacks, boat strikes, fishing lines, hooks,...
What happened to the HighLine?
In 2017, the community was promised ‘a high line to rival the great high lines of New...
MP weighs in on Avalon land closure
Member for Pittwater Rob Stokes has urged Northern Beaches Council not to proceed with the...
Work to begin on Parkway fix
Council commits to detailed design of works...