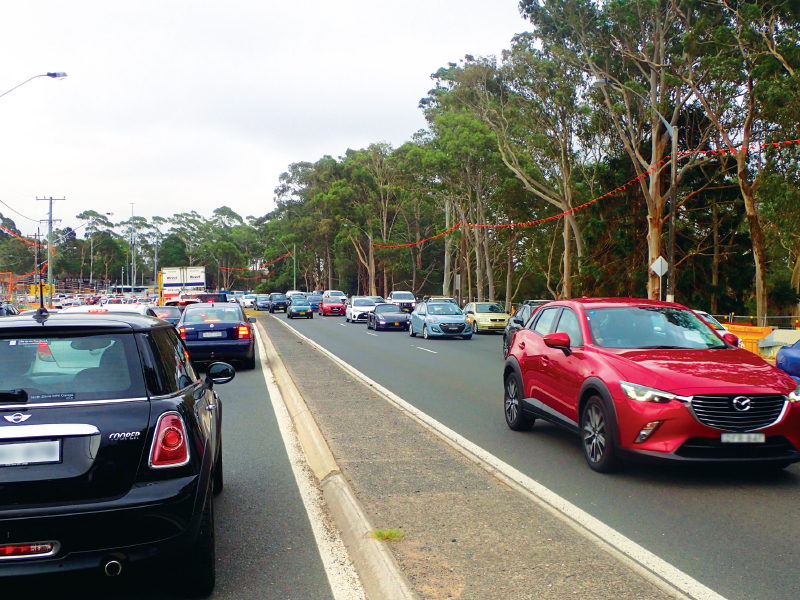 A congestion charge on vehicles entering and leaving the Sydney CBD during peak-hour could improve traffic on Warringah Road at Frenchs Forest by up to five per cent.

According to a report by the Grattan Institute, levying a $5 fee for vehicles crossing into the CBD between 8am – 9.30am and leaving between 4pm – 6pm may significantly improve traffic speeds up to 15km away, with Warringah Road singled out as a stretch that would particularly benefit.

ABS data reveals over 56,000 Northern Beaches residents work out of area, with 60 per cent travelling to their workplace by car.

Current estimates put the impact of road congestion on the Peninsula at a cost of $48m, with the Northern Beaches’ corridor predicted to be the 11th most congested corridor in the Sydney region by 2031.

The idea behind the scheme is to deter some traffic from entering the CBD at certain times by promoting drivers to go earlier, or later, or take another form of transport.

Peninsula locals are largely torn over the charge and its potential flow-on benefit, with some calling it a ‘cash grab’ while others saying it is ‘desperately needed to reduce congestion’.

Resident Rowan Huppert told Peninsula Living he’d be happy to pay as much as $20 in charges should the money be invested in better public transport services.

“Less traffic overall means a great win for the very small proportion of road users who genuinely need to drive – the physically incapable (elderly, disabled or recovering from injury), tradespeople or those whose journey remains genuinely impossible or unfeasible via other transport means,” he says.

Meanwhile, fellow locals have advocated for the implementation of staggered work hours for CBD businesses instead, arguing it is not only a solution to congestion but can offer working families a better quality of life.