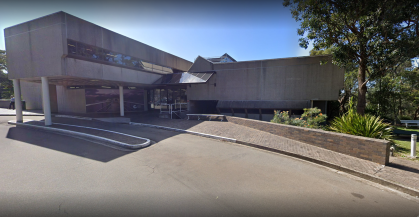 Northern Beaches Council has refuted a report claiming it has lost $103.5 million since 2016, saying the data set used in the analysis is ‘flawed’.

Figures released to the Sydney Morning Herald in late October by consulting firm LSI Consulting placed Council as the fifth worst performing local government in the state in productivity.

The data comes from a report, compiled by the consultants, using the published audited financial statements of the state’s 128 councils to create a productivity index assessing their performance since 2016, when the NSW Government’s merger policy came into effect.

The index measures council outputs comparative to inputs, with outputs a measure of the services provided relative to the income received from rates, fees and other income, and inputs the costs to offer such services.

Northern Beaches Council has strongly disputed the analysis, saying the figures used ‘misinterpret’ the results of the amalgamated council.

It claims LSI has used incorrect pre-amalgamation base-line figures, comparing 12.5 months of rates income to 10.5 months of expenses, overstating the results of the three former councils by $20 million.

It also alleges the losses of the post-amalgamation year 2016/17 in the report are inflated, with 13.5 months of expenses assessed against 12 months of income.

Council has also highlighted the index’s exclusion of grants in the modelling, which LSI claims is because such funding is either ‘effort neutral’ in the case of Federal Government handouts or tied to specific purposes.

“It was false and misleading and has zero credibility.

“We’re are taking the matter up with LSI, who have unnecessarily caused reputational damage. They owe us an apology and they owe the community an apology for creating any fear and angst.”

Council has confirmed to Peninsula Living it has requested a retraction from LSI Consulting.

It argued that post-merger, it has achieved $29 million per annum in savings, increased service levels and paid off debts of the three former councils.

Work to begin on Parkway fix
Council commits to detailed design of works...
Council converts to 100 per cent renewables
Willoughby City Council has opted for 100 per cent renewable energy under a new agreement...
Beaches Link put on ice?
State reviews major infrastructure projects...
The crime report: Pittwater
Get the lowdown on the recent incidents reported near you...
New life for surf clubs
The redevelopments of the surf clubs at Long Reef and Mona Vale are almost finished...