War of words over environmental bill 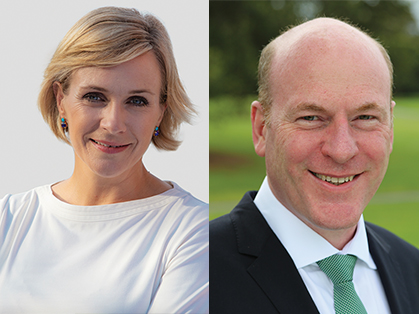 Zali Steggall has hit out at fellow local MP Trent Zimmerman over his support for an environmental bill that would see development approval powers transferred to state and territory governments.

The Morrison government used its majority in the lower house earlier this month to push through the amendments to the Environment Protection and Biodiversity Conservation (EPBC) Act, sparking outrage from Labor, the Greens, and the crossbench.

The World Wildlife Fund has labelled the bill a ‘disaster in the making for wildlife’, claiming it could place endangered species on ‘the fast-track to extinction’ due to its lack of national standards.

Legally enforceable standards were a key recommendation of the recently handed down interim report from Professor Graeme Samuel’s review into the environmental act.

Warringah MP Ms Steggall, who tried to introduce an amendment that would have included a reference in the bill to the national standards, says the Coalition’s actions in ramming the bill through parliament were ‘shocking’.

“I would be surprised if this is how people expect to be represented, especially the people of Mackellar, North Sydney and Wentworth, where I know they care about the environment.

“Their members were there, laughing.”

He says the government is in the final stages of developing national environmental standards, involving a range of experts.

“The suggestion that I or other Coalition members were laughing in the chamber about this issue or the bill is simply not true,” he says.

“I take these issues very seriously and I have met with the Minister [Sussan Ley], Graeme Samuel and spoken to stakeholders about the pathway for improving federal laws, which for me is the essential outcome of the process the government has initiated.

The bill will go before the Senate next month.