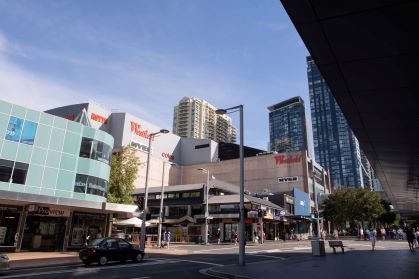 Willoughby Council has released two recovery support plans to help the local area transition post-pandemic, after it was revealed 2,522 local jobs have been lost in the September quarter.

The Economic and Community Recovery Plans, which span the next six months, aim to provide support to vulnerable community members and businesses across the local government area, including the elderly, isolated and young people.

Locally, an estimated 37 per cent of businesses have applied for JobKeeper since March, with Willoughby’s gross regional product (GRP) forecast to fall by -3.2 per cent in the September quarter.

Hardest hit sectors include hospitality, which is predicted to lose over 1,000 jobs and $50 million in output, and retail, which is forecast to shrink by 683 jobs and suffer a $20 million reduction in output.

In response to this, Council will be running a new ‘Buy Local’ campaign to encourage locals to support small businesses.

It will also look at increasing activity in the Chatswood CBD, including improving and expanding the popular Chatswood Mall Market.

The plans also revealed JobSeeker and Youth Allowance recipients locally have increased from 581 in March 2020 to 2,202 people by August.

Young people have been some of the worst affected, with youth unemployment peaking locally at 9.3 per cent.

As a result, Council says it will be investigating opportunities to employ young people through traineeships, apprenticeships, and graduate programs.

It will also collaborate with schools to provide social and study support, as well as promote volunteer opportunities and local mental health services for those affected by mental health or isolation.

“These plans are practical ways that Council can support the community through the pandemic and into a phase of recovery and growth,” says Mayor Gail Giles-Gidney.

The plans are in addition to Council’s Business Support Plan, which has offered $2.3 million in rental and fee relief to businesses since March with another $545,000 earmarked.