Another tower for North Sydney 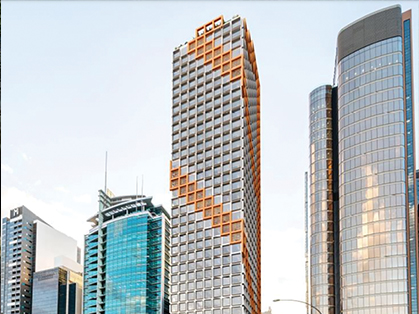 A development application (DA) has recently been submitted to North Sydney Council for construction of a 37-storey commercial tower.

The proposal includes the demolition of the current building at 107 Mount Street, North Sydney, and excavation works to accommodate 8 basement levels.

The basement levels will provide 76 car parking spaces along with motorcycle and bicycle spaces.

Documents lodged for the proposed development maintain it is consistent with the aims and objectives of the North Sydney Local Environmental Plan 2013 (NSLEP 2013).

The development incorporates a three-storey podium at the base of the tower, including a pedestrian lobby and reception fronting Mount Street, a large restaurant/café, a smaller café, lifts, lobbies and amenities.

Above the podium is a tower of 33 levels. The tower levels comprise mostly commercial office uses, as well as a publicly accessible restaurant tenancy on level 34 with an outdoor landscaped terrace.