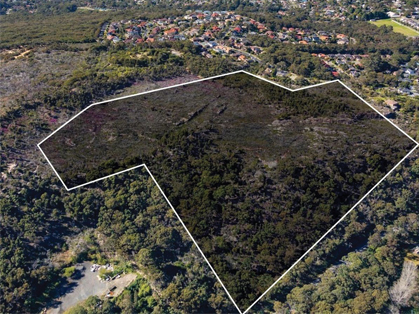 A community campaign to save bushland in Beacon Hill and Cromer from development could prove successful, after Council agreed to appeal to the State Government to purchase the land.

The lands at Pinduro Place, Cromer and Brooker Avenue and Willandra Road, Beacon Hill have been advertised as ‘rare opportunities’ with access to medical, educational and shopping facilities, leading locals to speculate they could be developed in seniors’ housing or apartment living.

This led to several residents, including environmental group Save Manly Dam Catchment Committee, to campaign online for the lands to be secured for public ownership.

“This is a vital part of the Narrabeen Lagoon catchment and is just too precious to lose to development.”

Peninsula Living understands these calls have led Council to agree in confidential session to write to the State Government requesting the lands be purchased under the State’s Biodiversity Offset Scheme.

The scheme is designed to offset land clearing of sensitive sites for developments by allowing landholders to establish biodiversity stewardship sites.

Mayor Michael Regan told Peninsula Living while he could not directly comment on the items considered in confidential sessions, land purchases could partly compensate for the loss of bushland from local State Government projects.

“I would say that as a principle the State Government should be proactive in identifying land purchases and other opportunities to offset impacts of their current and future infrastructure projects like the Beaches Link tunnel.”

The Department of Planning, Industry, and the Environment (DPIE) says it is open to considering any ‘reasonable request’ from the Council once it is received.

“Open space in the bushland provides a wonderful setting for the community to play and relax,” a spokesperson told Peninsula Living.

“We’ve [also] got a great bushland park planned nearby [and] we will be engaging with the community soon to design and deliver the new park off the Wakehurst Parkway in Frenchs Forest through the Parks for People program.”

‘Beyond breaking point’
North Shore nurses and midwives have been pushing for a better nurse-to-patient ratio and...
The crime report: North Shore
Get the lowdown on the recent incidents reported near you...
Mona Vale, have your say!
As part of the development of the Mona Vale Place Plan, Northern Beaches Council is urging...
Clifton Gardens clean up
Fifty volunteers recently teamed up to conduct a clean-up of Clifton Gardens and Chowder...
Stay vouchers available
A $50 accommodation voucher is now available for locals as part of the Stay NSW program...