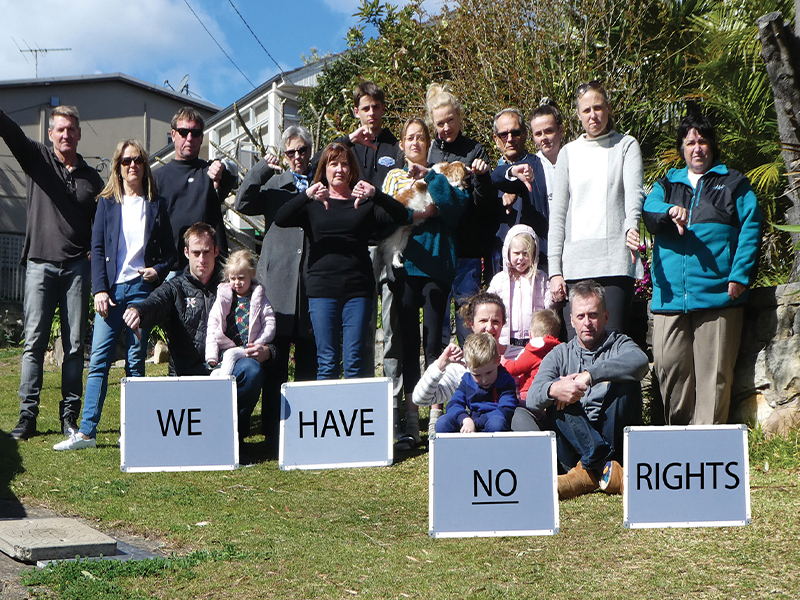 Beacon Hill residents say they are the latest victims of a boarding house epidemic occurring across the Manly Warringah area, with an 11-room property proposed for Cormack Road.

Locals are banding together to lobby Council to intercede on their behalf to fight the proposal, which falls under the Affordable Rental Housing provisions of the State Environmental Planning Policy (SEPP).

This latest proposal is one of a spate of boarding house applications on the Northern Beaches, including the recent approval of a 32-room house in Allambie Heights by the Land and Environment Court.

While the Beacon Hill application reflects changes that occurred in February this year, restricting boarding houses planned for R2 residential zones to a maximum 12 rooms, residents say the structure will be in contrast with the community and does not consider the steep rise and narrow width of the street.

Gopala Maurer, president of the Northern Beaches Strategic Group, says, “They’re not affordable, with most rooms listed at $400-$500 per week, they don’t meet compliance, and their design and the streets they’re going into do not support people with a disability.

“We would like boarding houses under the SEPP Affordable Housing Policy to be completely removed from R2 residential housing zones.”

Northern Beaches mayor Michael Regan says he too is dismayed at the nature of the developments being pushed through under affordable housing regulations.

“We try our best to say, ‘It’s out of character. It’s going to have issues,’ but Council is obligated, if it meets the criteria, to approve it.”

Mona Vale, have your say!
As part of the development of the Mona Vale Place Plan, Northern Beaches Council is urging...
Clifton Gardens clean up
Fifty volunteers recently teamed up to conduct a clean-up of Clifton Gardens and Chowder...
Stay vouchers available
A $50 accommodation voucher is now available for locals as part of the Stay NSW program...
Manly’s endangered locals
With threats stemming from fox and dog attacks, boat strikes, fishing lines, hooks,...
What happened to the HighLine?
In 2017, the community was promised ‘a high line to rival the great high lines of New...