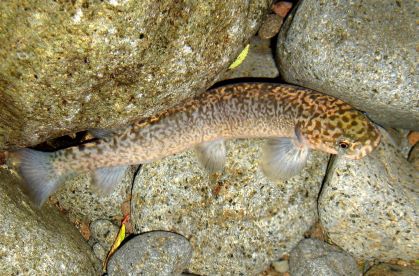 The development application follows the rejection of a similar proposal in September last year by the Northern Beaches Local Planning Panel due to environmental concerns.

Since being advertised, the proposal has attracted over 100 submissions from locals and environmentalists, including the National Conservation Council of NSW, calling for Council to reject the plans.

The site of the potential $18 million build is on Crown land above Curl Curl Creek, causing concerns it will encroach on the habitat of the rare Gondwanan Climbing Galaxias Fish.

“It’s a high area, where in times of heavy rain nothing can stop the deluge of mud and silt going downstream,” explains local Malcolm Fisher of the Save Manly Dam Catchment Committee.

“It’s the only place in Sydney where the Climbing Galaxias Fish lives and it’s likely been there 60 million years.”

According to Mr Fisher, eight other endangered species, including the Eastern Pygmy Possum, have also been found on or near the site including in the development’s bushfire asset protection zone, where 85 trees will be cleared.

He says the position of the development, above the main feeder creek to Manly Dam, has caused concerns for the long-term health of the fresh water catchment.

“…It is one of the last places in Sydney you can swim in fresh, unpolluted water, and that has been at tipping point for quite a long time."

Ciaran Foley, CEO of Allambie Heights Village, tells Peninsula Living there are clear expectations from the NSW Department of Planning, Industry, and the Environment that the development will not extend beyond the leased Crown lands.

“We are not building anything on the Manly Warringah War Memorial Park, and we have clear plans to enrich the flora and fauna of the land that we are leasing, which will benefit the overall environment of the neighbouring Manly Dam Reserve,” he says.

“We have demonstrated our commitment to this approach for decades, Northern Beaches Council know this, and the management of Manly Dam Reserve know it.”

The crime report: Northern Beaches
Get the lowdown on the recent incidents reported near you...
MP weighs in on Avalon land closure
Member for Pittwater Rob Stokes has urged Northern Beaches Council not to proceed with the...
Another tower for North Sydney
A development application (DA) has recently been submitted to North Sydney Council for...
Celebrating 100 years of Avalon Beach
Peninsula Living is exploring some of Avalon Beach’s incredible history in celebration of...
Taronga reptiles find a new home
A new purpose-built amphibian and reptile conservation centre at Mosman’s Taronga Zoo has...