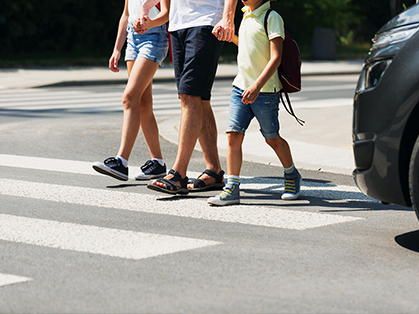 Pedestrian crossings have been upgraded as part of an $8.57 million school pedestrian safety program, which is being rolled out to 32 Northern Beaches schools.

Northern Beaches Council has so far completed pedestrian safety works at almost half of the 32 schools.

“This is an exciting program which will ensure we improve safety for our kids and community around our schools,” he said.

“We have been working on a Safer Schools program for some time with the school community to identify hotspot areas which need safety upgrades."

S.W.A.T team descends on Avalon
The Special Works and Transformation Team, or S.W.A.T as they are affectionately known, was...
Multi-million dollar football ground
A new proposal has emerged for a $4.9 million football ground on Sydney’s north shore...
Launch of Demerge NSW Alliance (DNA)
The Demerge NSW Alliance is a new coalition of residents that has formed in response to the...
Mosman milestone
Mosman Council has marked a significant milestone with its fast electric vehicle charger in...
WIRES wildlife calendar
Local not-for-profit WIRES are excited to announce their annual wildlife calendar is now...