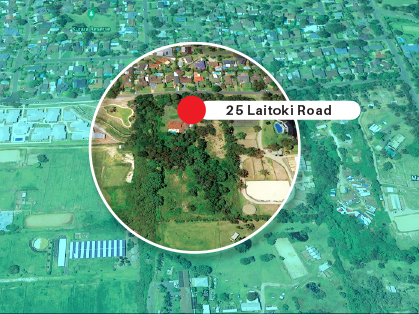 Plans for two aged care facilities in Terrey Hills have been knocked back by the regional planning panel over concerns about their bulk and scale as well as potential bushfire risks.

The proposed complex at number 58 would include 48 seniors living units and a 90-bed residential aged care section. Meanwhile, the facility at number 28 would feature 54 dwellings.

In August, the Sydney North Planning Panel rejected an application by the developer for a Site Compatibility Certificate (SCC) for number 58.

This was followed in early September with the independent panel knocking back the SCC proposal for number 25.

In both its decisions, the panel citied the bulk and scale of the proposed facilities as inconsistent with likely future uses of the lands, which are surrounded by low density residential and small rural lots.

The panel also said the issue of safely evacuating the facilities’ inhabitants from the locality during bushfire remained ‘unresolved’.

Both developments were met with opposition from locals, including the Terrey Hills Progress Association, over bushfire safety.

There are fears the increased population and vulnerable demographic could pose a risk to current and future residents needing to evacuate in the event of fire.

The developer has previously stated the facilities would not have to evacuate, as their lands are not bushfire prone, and the buildings were designed to withstand ember attack.

New life for surf clubs
The redevelopments of the surf clubs at Long Reef and Mona Vale are almost finished...
‘Very close to residents’ hearts’
Pittwater councillors call for Mona Vale acute services...
The crime report: Northern Beaches
Get the lowdown on the recent incidents reported near you...
MP weighs in on Avalon land closure
Member for Pittwater Rob Stokes has urged Northern Beaches Council not to proceed with the...
Another tower for North Sydney
A development application (DA) has recently been submitted to North Sydney Council for...