Highlanders on top of the world 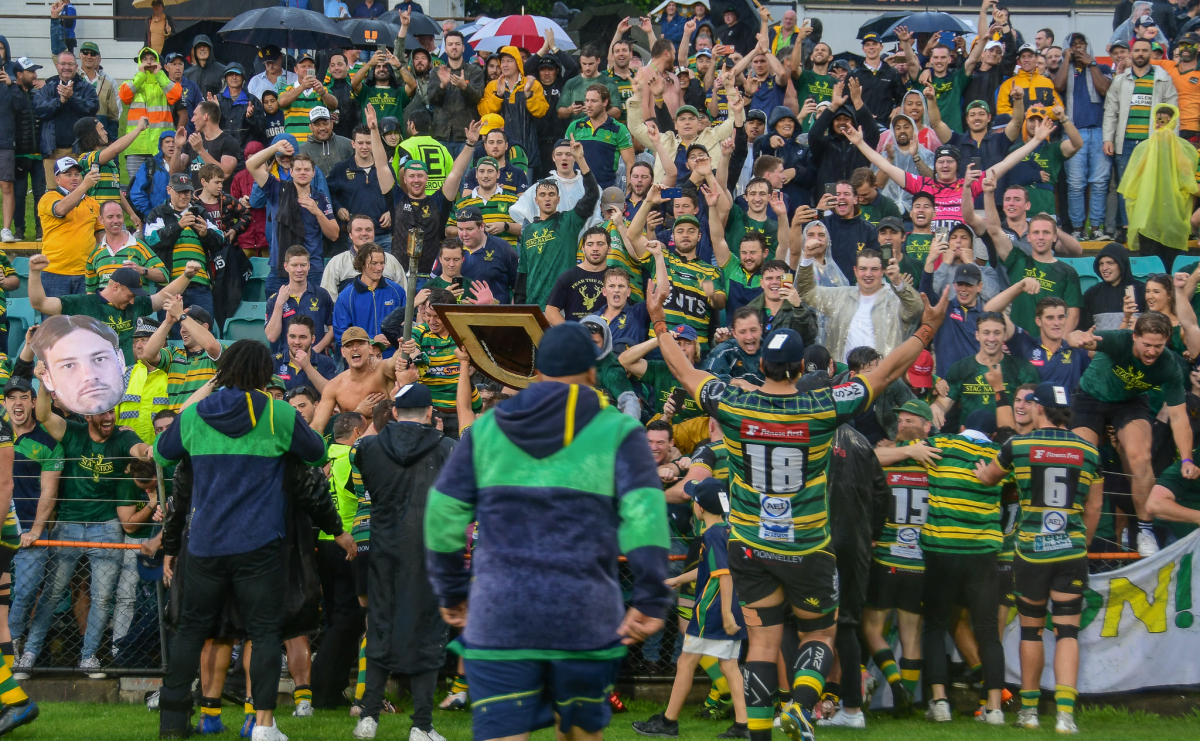 The North Shore club, as outgoing head coach Darren Coleman explains, “has been starved for success and there was plenty of hunger” to finally end the drought.

It has been an incredible turnaround for the Stags. In 2018, the first-grade side finished rock-bottom, suffering the humiliation of a 97-14 thumping in the local derby against Norths.

Then Coleman arrived. Fresh from sustained success with the Warringah Rats, including the 2017 Shute Shield premiership.

And like the catch-cry ‘53’ he used to motivate his Rats troops (53 years without a first-grade trophy), the Stags would hear ‘L2F’ (last to first).

Speaking with North Shore Living, Coleman maintains Gordon could have won the 2019 premiership if they had snuck into the finals. An after-the-siren try for Easts in the last game of the regular season prevented them progressing to the playoffs.

“I wanted to [win the premiership] in one year, unfortunately it took two,” he says.

But the seeds were sown for an all out assault in 2020, and even with the interruption and uncertainty of COVID-19, Coleman’s men were dominant, only losing one game all season.

“I think it took until round seven or eight before anyone got within 12 points of us on the scoreboard – we had a lot of big wins early,” he reflects.

“I remember discussing it with other coaches and I had a perception that my group of players worked harder than anyone else’s through that COVID break.

“A lot of teams, because of the uncertainty, didn’t push their group as hard during that period as we did.

“I was well aware that if it did get back on we had an opportunity to take advantage of that and our guys really committed… they came back in great shape and started the season really strongly.”

The icing on the cake was the fact Gordon also won its first club championship in 22 years. In doing so, ending Sydney Uni’s 16-year stranglehold on the feat.

And while Coleman is departing Chatswood to lead a new rugby franchise – LA Giltinis – in Los Angeles next year, he has given a glowing endorsement for his replacement Brian ‘Billy’ Melrose.

“He’s a very experienced coach, won a lot of premierships with Shute Shield clubs and coached professionally in a few different countries, so he’ll be a very handy replacement,” he says.

Opposition clubs will certainly ‘fear the deer’ as Gordon looks to go back-to-back in 2021.