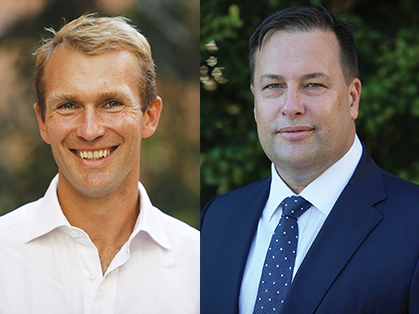 Pittwater MP Rob Stokes and Federal Member for Mackellar Jason Falinski have been asked to join the committee along with fellow local members Brad Hazzard and Jonathan O’Dea.

Pittwater Councillor Kylie Ferguson lobbied Council to invite the members onto the committee, following increased community concern over youth crime and suicide in the north of the Peninsula.

“The community safety meeting is one that causes a bit of contention in my community [as] it only has the State and Federal members from Manly and we are the Northern Beaches,” she told Council’s March meeting.

“I think it’s imperative that all State and Federal are represented there. We have very robust and different issues at different parts of the Northern Beaches.

“We need to make sure that everyone has a seat at the table, because it is causing a lot of angst out in the community.”

She said she has previously found it difficult to pass on information delivered at the meeting to Mr Stokes and Mr Falinski, as much of it is confidential in nature.

Her calls came as Northern Beaches Police capped off a four-month operation in response to claims of anti-social behaviour among young people.

Pittwater MP Rob Stokes says the matters discussed in the committee are relevant to the whole community and it is important to be a part of the discussion.

“Broadening the participation enables a more holistic approach and a greater pool of ideas and opportunities,” he said.

Celebrating an icon: 90 years of the Sydney Harbour Bridge
The Sydney Harbour Bridge captured the imagination of Australians as a symbol of modernity...
Moving mountains for local wildlife
It’s not every day that six 19 to 20-year-olds decide to take it upon themselves to trek...
The slope to glory
What’s evident upon sitting down to chat with three-time Winter Olympian Sami Kennedy-Sim...
Manly by tram
Although travel to Manly is indelibly associated with the ferry, in the period from 1911 to...
Local literacy icon
Manly’s multi-award-winning author, Belinda Murrell, is striving to create a positive...