A voice for our planet 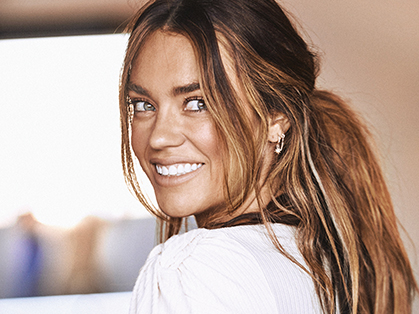 Scientist, presenter, and model Laura Wells sits down with North Shore Living to talk about her varied career as a leading science communicator.

It is difficult to imagine there was a time when Laura Wells was uncomfortable around animals.

While the 36-year-old now lights up speaking about Australia’s rich native wildlife, she swears this wasn’t always the case.

“I really was quite afraid of animals when I was younger. There's all these photos of me deliberately not patting animals - like I'd pat them with a piece of paper or not with my hand,” she laughs.

“It wasn't until I went to university and then started doing biological labs, when I was like, 'Oh my god, this is awesome. They're so great.'

“Now, I’ve done this full 180 switch where I want to see each and every animal I can, so I can understand them, love them and teach people about them.”

This passion has seen her mould a career ‘getting the masses informed and curious’ about our interactions with the natural world and the environmental footprint we leave behind.

It all started 15 years ago, when the then university student began modelling as a means of ‘paying off her textbooks’.

A size 14 from the age of 14, she has since become one of Australia’s top curvy models and has spent years working in New York, London, and Germany.

“I never actually set out to be a model. I definitely fell into the space, and I ran with it because I felt so much positivity being a curvy model,” Laura says.

“It's been a whirlwind of a journey, but it's been something that's been really positive, and it's allowed me to understand my body and to love my body for what it is, what it does and what it allows me to achieve.”

She says this confidence has allowed her to pursue her passion as a science communicator, utilising her work with major brands such as Cotton On and Garnier as well as her numerous television appearances to ‘communicate with people on an environmental level’.

“For me, Survivor not only fell into the bracket of being able to explore a new environment and really push myself in some adverse situations, it was also to really get my messages out there of environmental activism and conservation,” Laura explains.

“I’ve never had a nine to five job since I graduated university. Most people just think I'm travelling around or having a lot of fun at my work, which I am, but I've kind of manufactured it to be that way so I get to work on the things that I'm really passionate about.

“That might mean I’m going snorkelling with some amazing creatures or scuba diving and spending time with whales, but it's to film and to bring a message to the public.”

Despite this hectic schedule, Laura still finds time to also volunteer with several local environmental organisations, including the Australian Seabird Rescue and ORRCA – the Organisation for the Rescue and Research of Cetaceans in Australia.

In her role as a board member with the Surfrider Foundation, she spent last year campaigning alongside the organisation’s Northern Beaches branch for the Australian Government to cancel the controversial PEP-11 licence.

The exploration licence would have permitted oil and gas drilling off the Peninsula coastline, causing concern about the impacts to tourism, human health, and marine life.

“Knowing that PEP-11 had been quashed for good is a great feeling. It’s such a testament to the power of the people, using their voices and votes to protect our environment and future,” Laura says.

“But we need to focus on moving Australia into economic prosperity and a renewable future.”

She will be doing her part by continuing to spread awareness of Australia’s marine protected areas and educating individuals on how they can ‘change their habits and use their voice for good’.

And with a new television show likely in the works this year, she is hoping to still squeeze in time to explore her ‘favourite’ dive spot – Manly’s very own Cabbage Tree Bay.