“We have actually achieved some change” 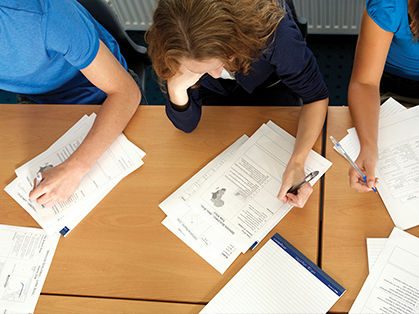 Crisis talks between 30 Northern Beaches school captains, local councillors and the NSW Government have been deemed a success, after several of the students’ recommendations were adopted.

At the end of August, the HSC students and school leaders put together an eight-point plan containing requests that would assist them with their work and mental health during Sydney’s COVID-19 lockdown.

The key concern was the effect the uncertainty of exams was having on the student’s mental health, with a series of surveys of more than 1,600 students across the state finding 80 per cent reported a deterioration in their mental health since Term 2.

Northern Beaches councillor, Sarah Grattan, led the talks with the students and said it is ‘fantastic’ that the NSW Government supported seven of the eight recommendations put forward.

This includes a request from the students to have a study bubble, which was given the go ahead by the State Government on 21 September. The bubble allows students to gather in groups of up to three to study and support each other’s learning to help with their HSC exams.

Councillor Grattan says this is an extremely important development for the mental health and wellbeing of the students during ‘one of the most stressful times of their lives.’

“They don’t have the peer and emotional support that they would normally have in a school environment,” Councillor Grattan says.

“We have actually achieved some change and I’m really proud that I was able to help them do that. It is fantastic that we managed to achieve so much.”

Another recommendation of the students was for the government to provide an alternative option to HSC exams. However, this was effectively rejected with the announced of the official exam timetable on 10 September.

Councillor Grattan says while the announcement was not the desired outcome, the decision that exams will begin on 9 November will offer the youth more certainty and has ‘alleviated a little of their anxiety.’

Moving mountains for local wildlife
It’s not every day that six 19 to 20-year-olds decide to take it upon themselves to trek...
Celebrating an icon: 90 years of the Sydney Harbour Bridge
The Sydney Harbour Bridge captured the imagination of Australians as a symbol of modernity...
The slope to glory
What’s evident upon sitting down to chat with three-time Winter Olympian Sami Kennedy-Sim...
Local literacy icon
Manly’s multi-award-winning author, Belinda Murrell, is striving to create a positive...
Manly by tram
Although travel to Manly is indelibly associated with the ferry, in the period from 1911 to...