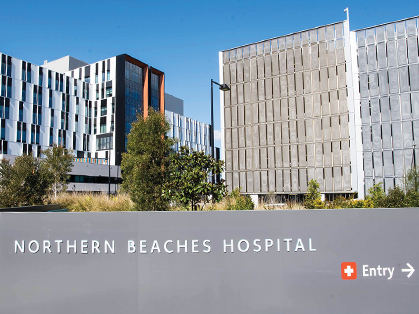 He also says union members have reported missing breaks within their shifts since elective surgery has returned to pre-COVID-19 levels.

“Healthscope is refusing a ten-hour break between shifts for nurses and midwives, which aims to keep patients safe by reducing fatigue among the staff,” Mr Holmes says.

“Research tells us that reducing the numbers of qualified nursing hours leads to poorer patient outcomes.

“This could mean less nurses, working more fatigued across the hospital.”

The union says it is also concerned by claims Healthscope is stripping back working conditions, including maternity and carers leave.

In a statement to Peninsula Living, Healthscope revealed it is working with the NSWNMA to negotiate a new enterprise agreement for nursing staff across all of its NSW hospitals, including Northern Beaches.

It says under the new agreement, nurses and midwives that have joined the hospital from the former Manly and Mona Vale public hospitals will see their pay increase by two per cent over two years.

“We are committed to reaching an agreement that is fair and reasonable and that values the work that nurses and midwives do every day,” a spokesperson says.

“We will never compromise the high quality of care and will always ensure adequate staff levels are maintained.

“In relation to shift breaks and other conditions, Healthscope is continuing to discuss the conditions to be included in the next EBA (enterprise agreement) with a view to achieving fair and common working conditions across its NSW hospitals.”

Keeping angels on earth
Bayview’s Samantha Hollier-James is a charity powerhouse, founder, community leader and...
The row of a lifetime
Louis Hugh-Jones and three of his North Shore friends turned a crazy pub idea into a...
Moving mountains for local wildlife
It’s not every day that six 19 to 20-year-olds decide to take it upon themselves to trek...
Celebrating an icon: 90 years of the Sydney Harbour Bridge
The Sydney Harbour Bridge captured the imagination of Australians as a symbol of modernity...
The slope to glory
What’s evident upon sitting down to chat with three-time Winter Olympian Sami Kennedy-Sim...